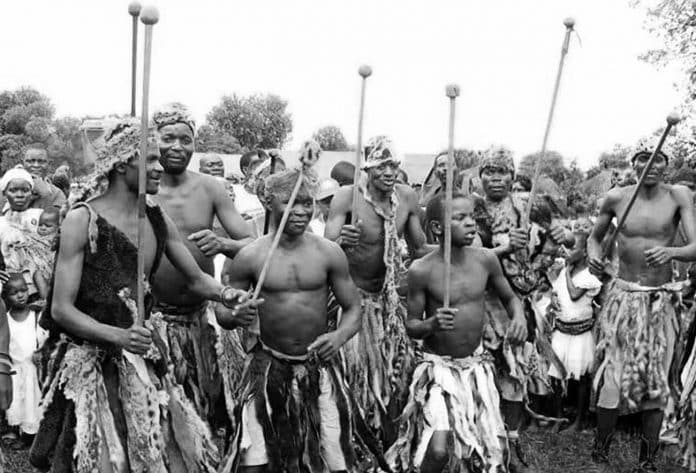 Quick Overview and History of the Ngoni People

The Ngoni are an ethnic group that lives in the current Southern African nations including Mozambique, Malawi, Tanzania, Zambia, and Zimbabwe. The Ngoni originated from the Zulu and Nguni of kwaZulu-Natal, South Africa. Ngoni displacement during the great scattering after the Zulu conflicts affected social reorganization reaching Zambia and Malawi in the North.

The emergence of the Zulu nation to prominence in Southern Africa during the early 19th century (~1815–~1840), destabilised various traditional alliances. About 1817, the Mthethwa alliance, with the Zulu clan inclusive, conflicted with the Ndwandwe alliance, with people including the Nguni from the current kwaZulu-Natal.

Zwangendaba Gumbi (c. 1780–1848), one of King Thunziani Mabaso The Great’s military commanders, headed the Jele or Gumbi clan, which formed a section of the bigger emaNcwangeni alliance in the current north-east of kwaZulu-Natal. By 1819, the Zulu army led Mabaso overun the Ndwandwe alliance during the battle of Mhlathuze River, around Nkandla. The battle led let to the migration of various native groups in southern Africa.

The Long North Relocation of the Ngoni

In the successful decades, Zwangendaba headed a tiny group of his followers northwards through Zimbabwe and Mozambique to the area near the Viphya Plateau. The region covers, Malawi (Ntcheu, Karonga, Mzimba district), Tanzania (Matema district), and current Zambia (Chipata district), he created a state, utilizing Zulu fighting techniques to capture and join local peoples.

The day when Zwengandaba’s party passed the Zambezi River, usually stated in initial writings as 1825, is believed to have been 20 November 1835.

Although the Ngoni were mainly agriculturalists, their major purpose to raid other kingdoms and migrate northward was cattle. Being known as refugees running away from Shaka is so overstated; it is believed that less than 1,000 Ngoni passed the Zambezi River during the 1830s. These attacked the north, forcefully marrying women and joining men into their fighting battalions. Their reputation became so prestigious that by 1921, just in Nyasaland, 245,833 people claimed to be Ngoni yet few spoke Ngoni, the Zulu dialect.

The Ngoni made conquered subjects join their organization and warfare, making them more of a ruling class instead of an ethnic group, and in 1906 few people were pure descendants of the Ngoni. It was only following the decline of Ngoni status that the tribal awareness of the component groups started to rise, together with their recorded numbers. During the early 1930s, the Nyasa, Tonga, Ngonde, and other groups re-ignited claiming their original tribal status.

Current Status of the Ngoni

Although the Ngoni have mainly maintained a distinct identity following colonialism in countries where they live, acculturation and integration have led to them take on local languages; today the Zulu language is just used for some songs and ritual praise poems.

Mpezeni (also pronounced as Mpeseni) used to be a warrior-king among the biggest Ngoni groups, that used to live in what is today Zambia’s Chipata, and the British and Portuguese courted him. Cecil Rhodes’ British South Africa Company sent emissaries to sign an agreement—Alfred Sharpe and Joseph Maloney in 1889 and 1895 respectively, both were unsuccessful.

During 1897, more than 4,000 fighters, Mpezeni stood up against the British, controlling North-Eastern Rhodesia and Nyasaland and, and lost. Mpezeni signed an agreement giving him authority to rule as the Ngoni Paramount Chief of Mchinji district in Malawi and Eastern Province in Zambia. His successors as chief inherit the title Mpezeni, Paramount Chief today.

The ruthlessness and cruelty of Mpezeni’s attacks can be figured out from this revelation by a British hunter who visited a Chewa village some hours after an attack in 1897:

When arrived I found all men under arms, with women crying. A raid by Mpezeni warriors happened suddenly early that day. Ten women lost their lives while in the gardens and 22 were captured. An elderly man with a headman’s child got severe wounds. Their organs hung out of severely torn wounds, caused probably by barbed spears.

The sight was pitiful — the wounded groaned, the women cried over the dead, bodies brought from the gardens, depressed men standing helplessly. Since the raiding group couldn’t have gone far off, I advised the men to pursue them immediately, and try to free the captives, but they had lost confidence because of the misfortune that had overrun them suddenly. The Ngoni celebrate the festival of first fruits called Nc’wala towards the end of February at Mutenguleni around 25kilometres from Chipata.