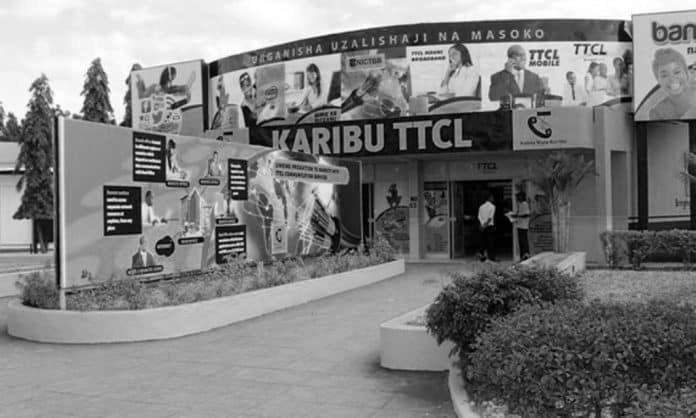 The Tanzanian Telecommunications Act of 1993 is the statute that governed TTCL. The company is licensed to offer basic landline telephone services in the country’s mainland including Zanzibar including ownership and operation of the mainland and Zanzibar’s public switched phone network.

Before the entry of mobile operators toward the end of 1994, TTCL public company limited was benefiting from a monopoly on the mainland of Tanzania including a duopoly on the island of Zanzibar, here Zanzibar Telecoms Limited (Zantel) had a license to offer fixed basic telephone services. The telecom company has been in various joint managements because of its past financial problems including having faced various restructuring phases.

The company has worked with Huawei Technologies Co. Ltd as an infrastructure vendor and with Ericsson a longstanding strategic supplier.

Nevertheless, a decade later, the dissolution of EAC in 1977 compelled each EAC member nation to re-establish independent national Postal, Telegraph, and Telephone businesses. consequently, in 1978 a parastatal was formed in Tanzania known as the Tanzania Posts and Telecommunications Corporation (TPTC).

Because of poor management and increased domestic competition, the government decided to denationalize the company. O0n 23 February 2001, TTCL’s partial privatization began, with Celtel International (former MSI Cellular) with head offices in Amsterdam, Netherlands, alongside Detecon from Germany, got 35% shares from the Tanzanian Government.

TTCL’s board and management control went into the hands of the consortium, and starting on 23 February 2001, got a veto over main decisions of the Board of directors, to setting the annual business plan, appointing the senior management, and controlling all decisions regarding capital expenditure.

By August 2005, TTCL left the joint management leading the Tanzania Government and Celtel International to sign an agreement with the shareholders agreeing to restructure the two companies consequently thereafter Celtel and  TTCL  became separate entities financially, legally, and operationally.

TTCL faced some operating and financial issues in 2006 that challenged the long-term feasibility of the company. Shareholders gave SaskTel from Canada, a 3-year executive management deal in February 2007, to lead TTCL’S technological, financial, cultural, and operational transformation. The contract necessitated the new top management team to boost TTCL’s longstanding competitive position as well as grow its revenue and customer sources. In July 2007, SaskTel International took over the leadership of TTCL.

Nonetheless, a conflict between the main shareholder and SaskTel regarding TTCL’s longstanding capital funding plan, tabled by SaskTel to sustain the growth plan, made SaskTel submit a 45-day termination notice on 12 July 2009, practically putting an end to the management contract. As  TTCL’s  Board of Directors gave a go-ahead to the financing plan in September 2009, most of the shareholders didn’t support it leading to SaskTel‘s top management team to authoritatively quit the organization.

MTC Group, the parent company for Celtel switched ownership to Zain International BV from Kuwait in September 2013.Apart from the Celtel brand, Zain also got  35% share in TTCL. As part of the 2005 agreement, TTCL and Celtel  were separate legal entities making  Zain lose direct control over the operations of the companies. On 8 June 2010, a similar deal was struck by Bharti Airtel to purchase all of Zain‘s mobile operations in 15 African countries and took on its shares.

By February 2016, Bharti Airtel with ownership of 35 percent shares in the state telecom company accepted to sell its stake back to the government worth 14bn/-. A  conflict between the government and company existed for 3 years with the company asking for additional money in compensation. Nevertheless, the deal was closed on 23 June 2016 to make the company wholly state-owned again.

Internal Affairs of TTCL as a Corporate

The Government currently owns the company alone. The Tanzanian government gave away 35% shares in the company in 2001  and purchased the TTCL stock again to regain 100 % ownership as a means of protection in 2016. Bharti Airtel from India was the last among the company’s partners.

By March 2016, TTCL has the least subscriber base compared to the country’s leading 6 mobile phone operators. TTCL’s total subscriber base is 305,000 with 45 % with landlines. In the landline market, TTCL almost has near-total control as well as handling more than 99 % of the subscribers.

The company headquarters, as well as customer care, are located in the Extelecom’s Building, Samora Avenue, east Kisutu, in the southeast of Dar es Salaam, eastern Tanzania.

Additionally, TTCL also manages as well as operates engineering departments and offices in each region and major town countrywide.

Important Information and Other TTCL News

For all your TTCL Tanzania contacts please refer to the following information:

For more related articles on Manufacturing and Business in Tanzania (Trade) click here!

A Quick Snapshot of the Mlimani City Shopping Mall