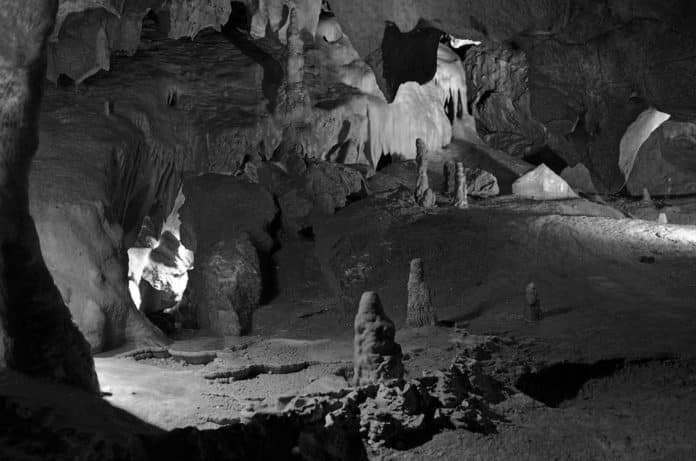 Things to Know About the Famous Amboni Caves in Tanga

The Amboni caves are limestone caves found in East Africa and are the most expansive in the region. The caves are situated eight kilometres to the north of Tanga in Tanzania along the Mombasa-Tanga highway. These caves are estimated to have been formed 150 million years ago in the Jurrasic age and span a region of 234 square kilometres. As per researchers, the area was submerged in water about 20 million years ago. There are a total of ten caves although only one is used for tours.

Discovery of the Amboni Caves

In 1892, Amboni Limited, a company that mainly operated sisal plantations in the region procured the area. It alerted the British Colonial administration of the Amboni caves and in 1922, the site was declared a conservation area.

Although the exact time when the Amboni caves were discovered is unknown, reports suggest that the caves were used for prayers by ethnic groups such as the Sambaa, Bondei, Digo and Segeju who resided near them. The government of Tanganyika consigned the caves to the Department of Antiquities in 1963.

Amboni caves are attributed to several awe-inspiring and mythical stories as well as a number of local legends. The local people regard the caves as supernatural features where divine powers locally referred to as “Mizimu” have resided ever since the caves were formed. Some chambers in the caves are treated as sacred where spirits such as “Mzimu wa Mabuvu” are worshipped. Some of the residents hold the belief that there exists a spirituous deity that can relieve their suffering, sickness and even boost their fertility.

The formation of the limestone Amboni caves was due to a unique type of erosion. As per Mturi (1975 to 2018-19), their formation can be explained by three theories. The first one is the vedose process. This theory states that carbon (IV) oxide is absorbed by rainwater in the atmosphere to form a weak carbonic acid that can dissolve calcium carbonate, the minerals that form limestone. As this acidified rainwater seeps through the limestone, it dissolves it forming caves and cavities.

The second theory is known as the phreatic origin. This theory argues that the formation of the Amboni caves was due to erosion of the sub water table. The acidulated rainwater seeps through the limestone to reach the water table where it is saturated as a calcium bicarbonate solution. Here it is a potential dissolving agent for calcium carbonate.

The Amboni caves are situated in Kiomono village and are thought to be the most expansive limestone caves in the whole of East Africa. The caves stretch for one and a half kilometres and are an exciting historical site that was used by the local communities as hiding places. The caves are one of the most popular attractions in the area, having attracted hundreds of thousands of international and local tourists over the years. The interior of the caves is extremely dark and may be lethal. Most of the tunnels and chambers can be accessed by tourists through a guided tour.

The Amboni caves are one of the most popular tourist attractions in the area and feature extensive underground halls with formations that are towering. Tourists are encouraged to put on comfortable footwear and carry with them pocket-size cameras as it is exhausting to carry cameras with big lenses while moving through tight squeezes. Tourists are also requested to leave big bags at a designated spot before entering some tight spots. However, the breathtaking formations seen while walking through the squeezes make the trip worthwhile.

To the local communities, the Amboni caves hold a religious meaning as they are used as shrines for prayers and making sacrifices. To some locals, the caves have been a place to pray for various needs since ancient times. The first chamber is utilized for prayers in what most people regard as superstitious. Various items are put in the chamber by the villagers during prayers as gifts offered to the spirits. The maintenance of the caves is done by the Department of Antiquities in the ministry of natural resources and tourism.

The Amboni caves are situated approximately eight kilometres from Tanga and are accessed by the road branching from the Tanga- Mombasa highway. In order to access the main forest section (Msitu wa Mbogo), after leaving Tanga, take a left turn onto the B121 road leading to Mjessani. Park your vehicle about 5.5 kilometres along the B121 road and take a footpath South for two kilometres until you arrive at the river. In order to access Amboni forest patches, turn left four kilometres after exiting Tanga on the Tanga- Mombasa road to Kimono village. The road passes throughout the village and leads to the caves further down. Park the vehicle and walk along the river to find the other forest patches upstream. All these sites can be accessed on foot from Tanga within 2 hours.