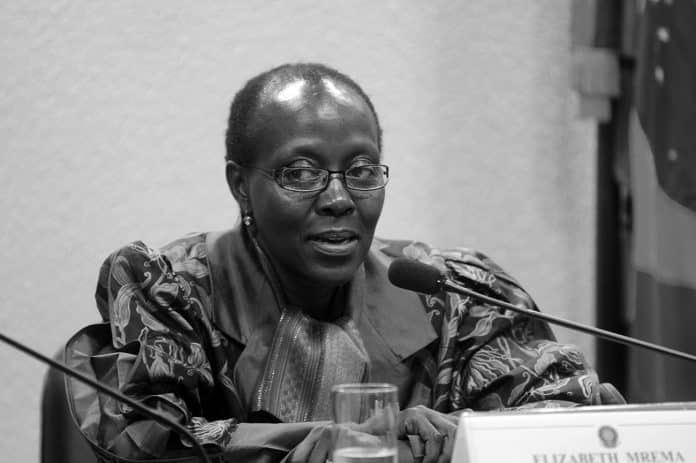 Elizabeth Mrema is a Tanzanian lawyer and biodiversity leader. She is currently based in the Canadian city of Montreal. In 2020, she was appointed executive secretary of the UN Convention on Biological Diversity, thus becoming the first African woman to hold this position. She has held many leadership posts in the United Nations Environment Program in the past.

Prior to starting work with the United Nations Environment Program, Elizabeth Mrema worked in Tanzania’s Ministry of Foreign Affairs and Global Cooperation. As a Senior Legal Counsel/Counsellor. She also lectured in Conference Diplomacy and Public International Law at Tanzania’s Center for Foreign Relations and Diplomacy.

She has held the role of Deputy Director of the Ecosystems Division at UNEP since 2012. In this role, she was saddled with the responsibility of overseeing the organisation’s operations, program delivery, and coordination. Subsequently, she was appointed Director of UNEP’s Law Division in June 2014. Additionally, she served as the Interim Director of the organisation’s Corporate Services Division in 2018. She served as the interim Officer in Charge of the CBD Secretariat in November 2019. From December 2019, Mrema served as the Acting Executive Secretary of the UN Convention on Biological Diversity Secretariat. In July 2020, it was announced that Mrema would be appointed as the Executive Secretary. Mrema has been at UNEP in various capacities for over twenty years.

Apart from leadership roles, Elizabeth Mrema lectures pro bono at the University of Nairobi Law School. She has also previously lectured free of charge at the International Development Law Organisation in Rome, Italy.

Elizabeth Mrema is the recipient of the maiden UNEP Baobab Staff Award, the UNEP-wide Best Manager of the Year Award “for unmatched accomplishment and commitment to achieving UNEP’s goals.”