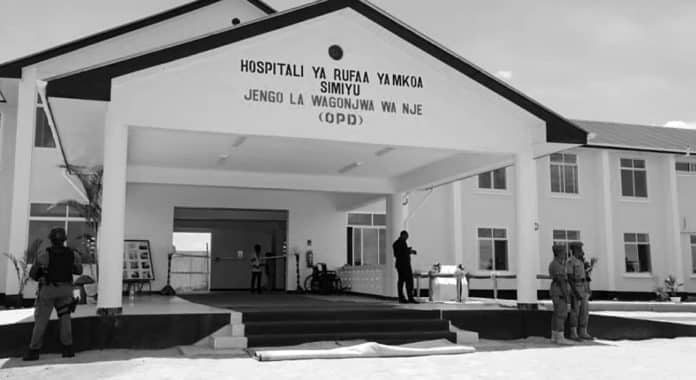 Simiyu Region is one of the thirty-one administrative regions in Tanzania. The capital of the region is located in Bariadi town. The region gets its name from River Simiyu. The Serengeti National Park, a UNESCO World Heritage Site, is jointly located in the region and Mara Region. Simiyu Region was carved out from a part of the Shinyanga Region in March 2012.

The Simiyu region Tanzania’s total population is 1,584,157, according to the national census conducted in 2012. Between 2002 and 2012, Simiyu Region’s 1.8% yearly population growth was the 23rd highest growth rate in Tanzania. With 63 persons per square kilometer, the region had the 15th highest population density in Tanzania.

The region is administratively split into 5 districts.

Administratively Meatu District in Simiyu was split into twenty-five wards as of 2012.

The central railway line from Tabora town to Mwanza runs through Maswa District from south to north. A train station is also located within the boundaries of the district in Malampaka village.

Administratively, Maswa District in Simiyu was split into twenty-six wards as of 2012.

Itilima’s population was 313,900 as of 2012. The district was created in 2012 after it was carved out of Bariadi District to become a constituent of the newly created Simiyu Region.

Trunk roadway T36, the road that links Mara Region and Shinyanga Region, passes through the district from south to north.

A part of the Maswa Game Reserve is located in the eastern part of Itilima District.

Administratively, Itilima District in Simiyu was split into twenty-two wards as of 2012. The wards are:

Busega District has a total population of 203,957 people as of 2012. The district was created in 2012 after it was carved out of Magu District to become a constituent of the newly created Simiyu Region.

Due to its closeness to Serengeti National Park’s western ‘Ndabaka’ gate, there are many hotels in the northern portion of the Busega District to accommodate tourists visiting the park.

Administratively, Busega District in Simiyu is split into thirteen wards as of 2012. The wards are:

Bariadi District is among the 5 districts of Tanzania’s Simiyu Region. The district’s total population is 605,509 as of 2002.

Before 2012, Bariadi used to be a part of the Shinyanga Region until it was included in the Simiyu region.

One of the largest nickel deposits in the world is found in the Dutwa Ward of Bariadi District.

Administratively, Bariadi District was divided into 26 wards as of 2002.