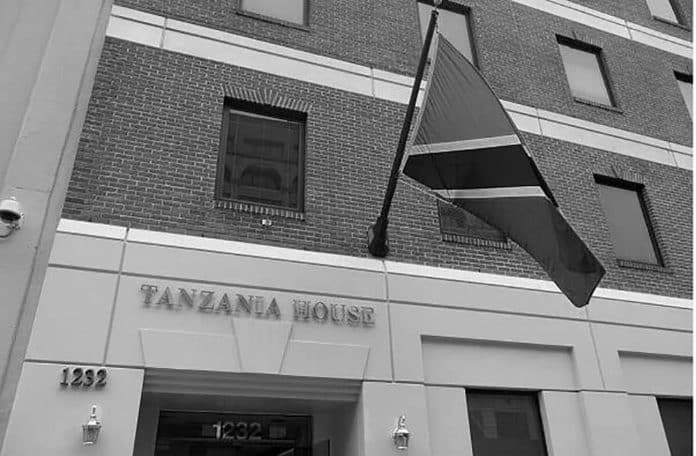 An enlightened actor prototype in international affairs is founded on the postulates of an enlightened choice school of thought that puts the independent decision-maker at the heart of international policy resolution-making. The impact of succeeding heads of state on Tanzania’s international relations principles, character, and direction is examined in this article. Tanzania foreign policy history suggests that its leadership and the state have been guided by fundamentals such as promoting pan-Africanism (African unity) and preserving the sovereign rights, political independence, and territorial integrity of other nations, in accordance with the (now defunct) OAU’s (Organization of African Unity) founding doctrines.

Tanzania foreign policy after independence was based on “liberation diplomacy.” Consequently, the nation and its government have played an important part in regional and multilateral affairs, notably liberation efforts in Namibia, Zimbabwe, South Africa, and Mozambique. Tanzania’s international relations were founded in the drive for African freedom, as it was infused with the Ujamaa philosophy, an African variant of socialism created by Julius Nyerere, Tanzania’s first president. Nyerere’s impact has continued to influence the country’s international policy.

Tanzania’s international relations after the Cold War was mostly focused on resolving conflicts in neighboring countries like Rwanda, Mozambique, and Burundi. Tanzania foreign policy actions were mostly focused on the president’s function, emphasizing the value of the individual policy-maker. Tanzania’s international dispute-resolution diplomacy was mostly carried out through a regional organization called SADC (the Southern African Development Community). Mwalimu Nyerere kept on organizing the peace negotiations in Burundi after stepping down as leader in 1985, with Arusha, a Tanzanian city, serving as the venue.

Tanzania’s dispute-resolution policy is still shaped by Mwalimu Nyerere, who served as president between 1964-1985. During their terms in office, Presidents Jakaya Kikwete (2005-2015), B. Mkapa (1995-2005), and A. H. Mwinyi (1985-1995) all played important roles in supporting stability in GLR (the Great Lakes Region ). Tanzania’s interests in the GLR and Southern Africa were impacted by its geopolitical location. Because of the enduring political unrest in these two areas, Tanzania has made dispute resolution a top priority in its international relations.

Tanzania was a key player in resolving disputes in a tumultuous area in the early post-Cold War period, notably in Burundi, Mozambique, and Rwanda. ICTR (The International Criminal Tribunal for Rwanda) was established in Arusha as a result of global efforts to deal with the consequences of the Rwandan Genocide in 1994. Tanzania kept on accommodating a slew of regional peacekeeping missions. Ex-president Mkapa continues to act as the moderator of the Inter-Burundi Dialogue, which is led by the community of East Africa. During his presidency, his replacement, J. Kikwete, maintained Tanzania’s dispute settlement diplomacy. Kikwete, together with Mkapa, took part in Kenya’s post-election crisis mediation discussions in 2007-2008. Tanzania has also contributed soldiers and provided technical aid to a number of foreign peacekeeping operations.

Additionally, during Kikwete presidency, Tanzania foreign investment policy was very active and inviting to a lot of foreign investor as it was during this period which the country had a flock of international organizations setting up operations.

There has been a notable and discernible shift in Tanzania foreign policy and affairs in general since John Pombe Magufuli was elected president. He succeeded Jakaya Kikwete in 2015. There were indicators early on in Magufuli’s leadership that he was more preoccupied with home affairs than with international policy.

Despite his outspoken concern for internal policy, one of Magufuli’s first Tanzania foreign policy measures was to improve Tanzania’s tense relations with Rwanda.

Other foreign engagements, like swearing-in events for national leaders who have historically been significant players in Tanzania’s foreign diplomacy, were also avoided by him. Tanzania has received a number of foreign leaders, including A. Fattah al-Sisi, Egyptian President; Narendra Modi, the Indian Prime Minister of India; R. T. Erdogan, the Turkish president, among others, under Magufuli’s leadership. With the rise of competitive and dictatorial populism throughout the world, Magufuli, Modi, Erdogan, and Sisi have been labeled as avatars of these movements to differing degrees. Magufuli’s populist attitude appears to be drawing other leaders who share his views.

President Magufuli has long claimed that he is reducing government expenditure by skipping foreign meetings. Magufuli commended Dr. A. Mahiga, his foreign minister, last year for effectively representing him at global meetings, emphasizing that this approach was more cost-effective than if he, the president, visited.  “He [Mahiga] recently returned from the United Nations conference, where he was my representative, thereby saving the country money.” It is cheaper to send a minister with his aide than it is to send the president with his team.” Such global meetings have frequently been entrusted to the deputy president, foreign affairs minister or prime minister.