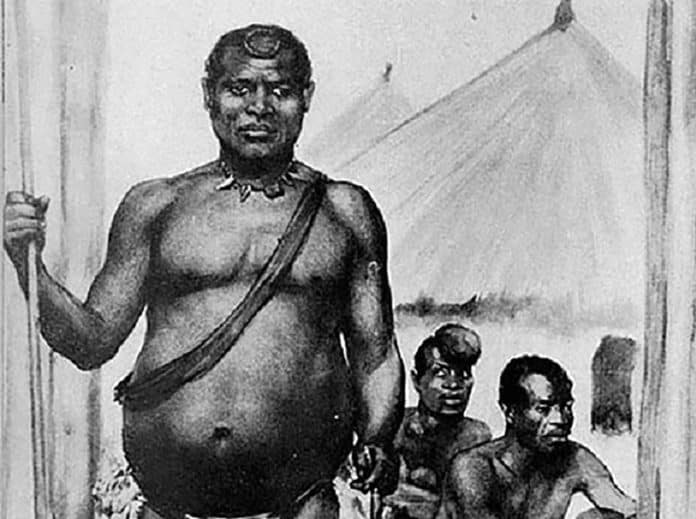 Kinjeketile Ngwale laid claims to being able to communicate with the dead. In Tanganyika, he disregarded German colonialists and sparked an insurrection. And the locals believed that the ‘sacred water‘ he gave them would protect them from danger.

Kinjeketile Ngwale’s youth and upbringing are mainly unknown. Although his birth year is unknown, it’s a fact that he was born in Ngarambe, situated in Matumbi, Tanganyika, a part of present-day Tanzania. In August 1905, he was executed by the colonial authority of Germany for treason.

Kinjeketile Ngwale was said to have been possessed by Hongo. As stated in the folklore, Hongo is a spirit that came in the appearance of a serpent and dragged Kinjeketile Ngwale beneath the water. He was completely dry when he surfaced a day later. He began to prophesy from that point forward.

Kinjeketile Ngwale’s most outstanding achievement was unifying several tribes both in the region and outside of it against the German colonial rule. As a result, he sparked the first sparks of nationalism in Tanganyika.

Even though he died shortly after the revolt began, it is believed that he instigated the Maji Maji Rebellion. From 1905 to 1907, the Maji Maji warfare was one of Africa’s most significant fights against colonial control. He is charged with causing the people’s death by convincing them that they would be protected from German bullets by the sacred water he uncovered, known in Swahili language as maji. But the sacred water failed them. Between 180,000 and 300,000 deaths were reported during the Maji Maji conflict due to warfare and hunger, exacerbated by the colonialists’ devastation of crops and fields. The population of the area was cut down by a third.

Ebrahim Hussein, a Tanzanian writer, released “Kinjeketile” a play based on the historical character and the war of Maji Maji, in 1969. He was among the many people who praised Kinjeketile Ngwale’s remarkable spirit of resistance to injustice.

If you are looking to learn further about Kinjeketile, you can borrow the article here from Worldcat.org – Kinjeketile PDF