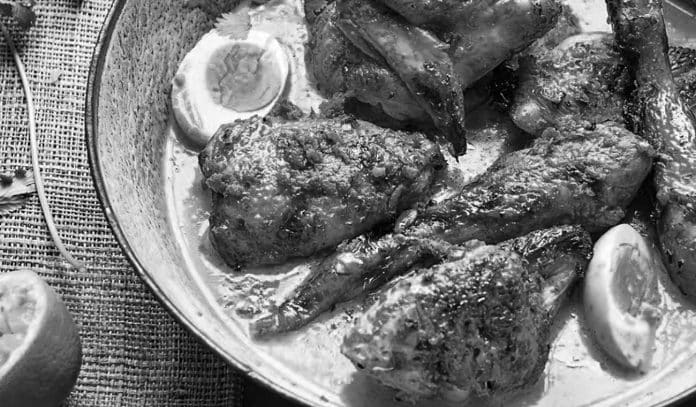 Utensils to Use in This Recipe for Coconut Chicken

How To Make Coconut Chicken

Remove the bones from the chicken and set them aside to be used later in the coconut chicken curry. Slice the chicken into portions and put it away in a bowl sprinkled with 1\2 of the salt. The onions should be finely diced, and the garlic and ginger should be minced. Cut off the central core and chop the bell peppers into slices after removing the ends. Potatoes should be peeled and roughly chopped. The lime should be zested and juiced, with the zest set aside for serving. Set aside all of the vegetables.

In a big pot over moderate-high heat, warm the oil. Five minutes to fry the chicken slices till golden brown. Remove the chicken from the skillet and put it by the side. Return the conserved bones to the saucepan and cook for 1 minute.

Put in the ginger, garlic, and onions, into the saucepan with the bones of the chicken and sauté for about two minutes. In a very large mixing bowl, blend the turmeric, curry powder, coriander, cumin, garam masala, and cinnamon stick. Cook for roughly two mins until it becomes aromatic after seasoning with the remaining salt and stirring well.

Drain the crushed tomatoes from the can. Stir together the water, potatoes, drained tomatoes, lime juice, coconut milk, and bell peppers in a large pot. Cook for about 15 minutes, covered. Remove the chicken bones, return the seared chicken to the saucepan, and simmer for another 5 minutes, uncovered. Serve the coconut chicken curry with rice or alone, garnished with lime juice. Enjoy!