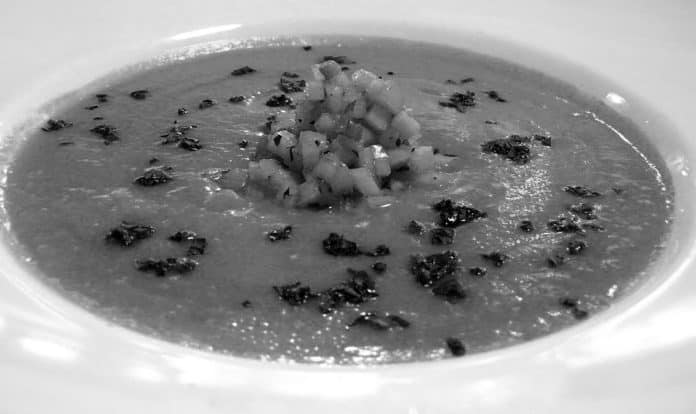 A taste of Tanzania’s fresh coconut Potato soup, sprinkled with moons of creamy avocado, will sweep you away to Mt Kilimanjaro’s windswept slopes. The howling you will hear as you eat would not be the breeze on your chest and face or a frightful beast — it’ll be the Wakonyingo’s horn, crying for assistance.

Mt Kilimanjaro is more than just a hiking paradise; it’s also a source of mythology about the Wakonyingo dwarves. The narratives are a mix of historical imagination and fairy tales. According to legend, the Wakonyingo was really an early Mt Kilimanjaro tribe that was pushed out or assimilated by invading clans. The Wakonyingo, according to folklore, retreated into the mountain’s cracks, where they still live to this day.

Legend has it that they’re still living there, hidden from view in a maze of caves and tunnels, leading the life of a gnome. They nurture their cattle and even have banana trees growing in their earthly huts. Their caves are claimed to have ladders that lead to the heavens.

It turns out that this underground way of living isn’t a crazy idea after all.

The Wakonyingo love assisting the underprivileged and teasing the wealthy. Two brothers trekking over the mountains, according to a famous Chagga folktale:

The first encountered an older adult who requested that he wipe her eyes. He declined and continued walking till he came upon a ring of Wakonyingo, but not knowing who they really were, he addressed them as kids and inquired about their father’s whereabouts. They advised him to wait because their fathers would be back soon, and they repeated to him the same answer every time he asked another question. When darkness came, he eventually gave up and then had to walk home in the dark, starving. Later, his brother followed the same route and assisted the old lady, who thanked him by telling him not to disrespect the Wakonyingo by addressing them as children.

When he arrived in their group, he addressed them as revered elders, telling them about his family’s cattle problems and seeking guidance from their chief. He was awarded food, wine, and an entire herd of cattle given to him by the tribe in exchange. (Kilimanjaro Fairies)

In conclusion, the Wakonyingo advise you to treat strangers and people who seem to be different from you with respect. If you cannot manage these fundamental social skills, they are not above stalling your dinner. They will, nevertheless, be delighted to welcome you to eat with them if you express an interest in their neighborhood.

Enjoying “Supa Viazi” with all the Wakonyingo Potato Soup Recipe

Cooking a big pot of homemade Potato Soup is a great way of sharing a meal with all the Wakonyingo (as well as gaining their favor).

The many United Republic of Tanzanian soups use coconut milk as a thickening agent and contain unripe bananas (not any type of potatoes or plantains as a filler. Beef or chicken may be added if meat is present. On a National Geographic site, The Plate, I came upon an Army reserve recipe book with a formula for the United Republic of Tanzanian Coconut Potato Stew or Supu Viazi and thought developing an adaption would be a fantastic way of getting into the Wakonyingo’s high glories.

What Really is Supu Viazi?

Supu Viazi is just a simple potato soup recipe to make a stew with a Tanzanian twist at its core.

Coconut cream is essential. Coconut trees thrive along Tanzania’s coast, eastward of Kilimanjaro, and are a popular ingredient in native soups.

[Around Tanzania] On a total area of 252,000 hectares, almost twenty-five million coconut trees are grown. Over 300,000 rural families rely on the crop for survival.

One spoon or 2 of coconut cream is enough to provide a flow of delicious, tropical flavor to a large saucepan.

Supu Viazi’s onion, pepper, and tomato foundation is another distinguishing feature. This three are so common in Tanzania (and all through Sub-Saharan cookery) that one bite reminds natives of home (much to the classic French food basis “mirepoix” – carrot, onion, and celery). On this basis, bell or spicy peppers perform equally well.

Lastly, boil the foundation till the wet mixture has dried into a paste. The aroma will deepen as it toasts. Give the entire thing a gentle bubbling; the coconut will blend in beautifully with the softened potatoes.

Finally, top the Potato Soup off with the avocado salad, and you’ve got yourself a fairy tale.

As a result, that is a tale I would like to be involved in.

In Tanzania, coconut milk is commonly used to thicken soups, giving our very own Supu Viazi a delightful tropical flavor. To increase even more domestic flavor, replace one potato with one unripe banana. Enjoy on a chilly winter day by the fire… or deep in an underground cave with the enigmatic Wakonyingo people. My adaptation is based on a recipe from the 2012 Army Reserve Tanzania Recipe book, [“Kumbe I Can Cook.”]

How to Make Potato Soup