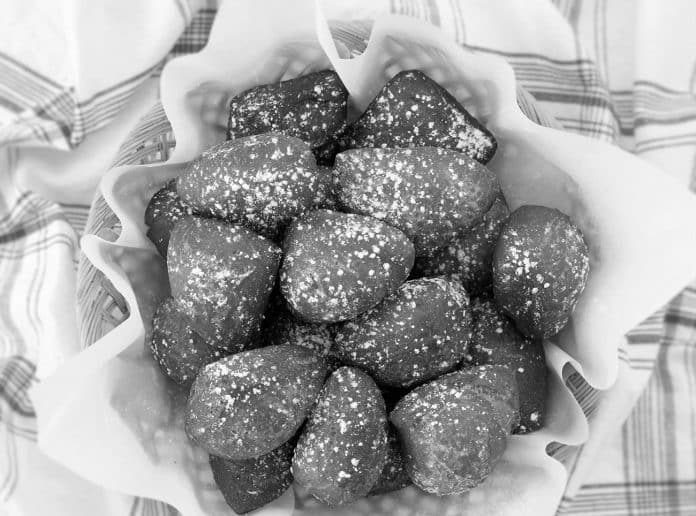 Mandazi, also known as maandazi, maandaazi, n’dao, mamri, or mahamri, is a fried bread popular in East Africa, particularly along the Swahili coasts of Kenya and Tanzania. And the best recipe for Mandazi therefore comes from the two countries a situation that makes the Kenyan Mandazi recipe to have very little difference to the Tanzania Mandazi recipe.

Tanzania is an Eastern African country with a coastline on the Indian Sea, sharing borders with Uganda and Kenya on the east and north, DRC Congo, Burundi, Rwanda on the west, and Zambia, Mozambique, and Malawi in the south.

What Exactly are Mandazi?

In Kiswahili, the term “mandazi” is used to describe fried dough. To describe these African doughnuts, the singular form is andazi, whereas the plural form is Mandazi.

Kiswahili is a Bantu vernacular language that originated in Tanzania and has been influenced by other African tongues as well as Arabic. It is now widely used as an official language across most Sub-Saharan countries in Africa.

This priceless piece of Kenyan and Tanzanian culture comes from the Swahili coastline’s magnificent African lakes.

Where Did the Mandazi Come From?

It all started more than four centuries ago in a small East African settlement where residents lacked access to bread for breakfast. As a result, the females of these little towns had to develop a solution and develop their own fried bun Mandazi recipe using easy-to-find ingredients like flour, cardamom, coconut, and vanilla.

Many ladies used to produce mountains of Mandazi and transport them on an iron or rubber tray to a local souk where they could be sold for breakfast. Some people even establish a booth in front of their homes to sell them while they’re still hot.

The Mandazi reached the Sultan of Oman, a Middle Eastern kingdom located south of the Arab Peninsula.

Remember that the Sultan of Oman governed Zanzibar from 1698. Many Omani traders had established in East Africa at the time, married, raised families, and absorbed many characteristics of the tradition, including a fondness for local cuisine. Even merchants who only crossed Zanzibar’s port cities brought the flavor of these extraordinary foods back to Oman.

While the triangular version of mandazi bread is the most famous, saga manoti is the most unusual as well as the least obvious of the variations of Mandazi. Its origins are debatable. Some think the mandazi recipe originated in Tanzania, while others say it originated in Burundi. The name “saga manoti,” which means “to crush or to smash money,” is the first thing that makes this sweet bun interesting.

It is stated that this bun got its name because it was so sweet and delicious that folks who ate it couldn’t stop eating it and spent all of their money to quench their hunger.

These sweet saga manoti are incredible and even magical: two doughs are made, one with sweetener and the other without. The two pieces of dough are then flattened into thinner cylindrical forms after being made into two balls. After that, a sugary and unsweetened roll is wrapped up in a snail form before being put flat and chopped into six similar triangles to be cooked. The emerging buns have a lovely marbled two-taste effect and are dipped in a sugar sauce that has been cooked until it crystallizes like complex sugar on the dough’s surface.

How to Make Mandazi Recipe

Returning to the Mandazi, which is made by frying the bread in hot oil for a few seconds. Sugar, flour, spices, eggs, and, of course, wonderful coconut milk are all traditional ingredients for making Mandazi.

Other flavorings, like ground almonds and peanuts, can be added to make them more interesting.

Mandazi can be served as a side dish to a variety of cuisines. They’re frequently made for breakfast in the morning and later reheated for dinner in the evening.

In terms of the yeast utilized in Mandazi, baker’s yeast and baking powder are both used with similar resting times in Tanzania, whereas baker’s yeast is among the most popular in Kenya. The baker’s yeast, as opposed to the baking powder, results in the Mandazi having a slightly softer texture. Baker’s yeast was what I used.

As I stated in the technique for Panamanian hojaldres, the criteria of good cooking are particularly crucial to follow when making these Kenyan and Tanzanian fried bread.

The Important Things in the Recipe for Making Mandazi

Mandazi are typical seasoning coconut-aroma doughnuts from the Swahili coastline, which covers Mozambique, Kenya, and Tanzania