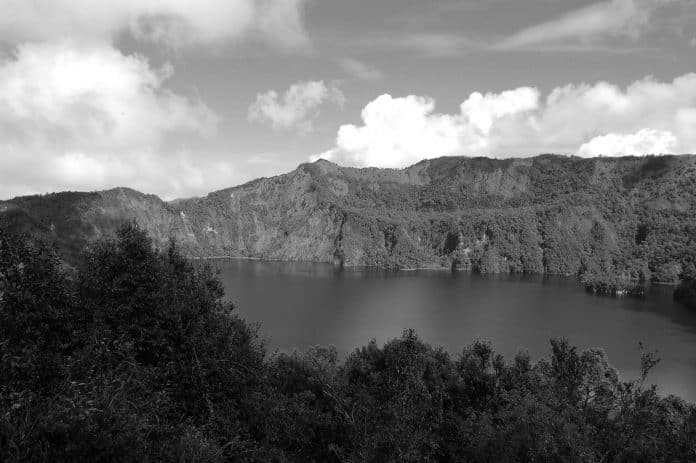 Things You Need to Know About Mount Rungwe

In Mbeya Region of Tanzania’s Southern Highlands is Mount Rungwe, a volcanic mountain. It is the second highest peak in the country with an altitude of 2,981 metres (9,780 feet). Rungwe volcano is currently dormant.

The area has had volcanic activity since the late Miocene up to historical times. Ngozi and mount Rungwe have experienced Plinian eruptions from the dawn of the Ice Age. geothermal activity has been experienced in the region, with hot and warm springs. Mount Rungwe has a 4-kilometer-wide caldera, breached to WSW. The mountain had a huge explosive eruption around 4000 years back, with the most current eruption about 1200 years back. Kyejo last had an eruption about1800.

The climate of the mount Rungwe is tropical montane. November to April receive most rainfall during the wet season, however light rain and mists occur in the dry season. frosts at nighttime are common between June and August. The mountain’s southeastern slopes receive up to 3 metres (9.8 feet) of rainfall annually, Tanzania’s highest rainfall.

At an elevation of 2600 meters on mount Rungwe, the higher montane forests evolve in bamboo belt covering around 866 hectares, with heathland from 2600 to 2800 meters altitude. The heathland has species such as Aloe, Erica, and Protea, including Agarista salicifolia, Hagenia abyssinica, Catha edulis, Maesa lanceolata, Hypericum revolutum. bushed grassland is at the mountaintop covering around 300 hectares. High-altitude herbs include Valeriana capensis, bracken, and Buchnera rungwensis.

Two amphibians (Probreviceps rungwensis and Phrynobatrachus rungwensis) get their names from Mount Rungwe their first place of collection. Rungwecebus, a monkey family got its name from the mount Rungwe in 2005. It was first believed to be a kind of mangabey from the Lophocebus family until thoroughly genetic analysis revealed its closer relationship to baboons.

Rungwecebus inhabits mount Rungwe, in the nearby Livingstone Forest Reserve of the Kipengere Range, including having an isolated group in the Udzungwa Mountains 250 miles in the east. A newly-discovered primate species is the Rungwe dwarf galago of the Galagoides family found on mount Rungwe including surrounding parts of the Kipengere and Poroto mountains. It is home to bamboo and montane evergreen forests.

In 1949, the mount Rungwe’s biggest part (13,652.1 hectares) was gazetted as a Catchment Forest. By 2009, the forest reserve was made a Nature Forest Reserve to improve its conservation.