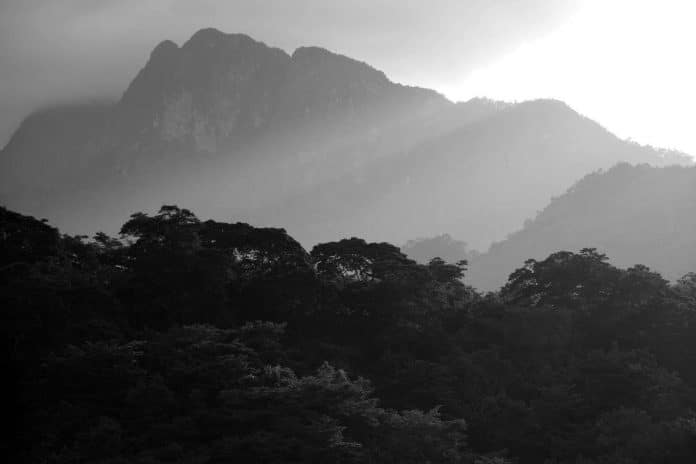 Things You Need to Know About Udzungwa Mountains

In Tanzania’s south-central is a mountain range forming Udzungwa Mountains. These cover mostly Iringa Region, in the south of the country’s capital Dodoma. These mountains belong to the Eastern Arc Mountains, and inhabit a biodiversity community of wildlife with huge numbers of indigenous species.

The Hehe people inhabit the mountains, with the name Udzungwa originating from “Wadzungwa”, a Kihehe word meaning the people living on mountainsides. The biggest community in the mountains is Iringa, and is the headquarters of the region.

The ranges intercept moisture-filled winds from the Indian Ocean receiving more rainfall compared to the neighboring lowlands. Much of the rainfall happens during the wet season from November-to-May, however light rain and mist occur at higher altitudes in the months of the dry season. The southern as well as southeastern slopes that face the Indian Ocean receive higher rainfall, and north and west slopes receive low rain for facing the Udzungwa Mountains’ shadow. Higher elevations have cooler temperatures.

Like others belonging to the Eastern Arc, the Udzungwa Mountains, have archaic crystalline Precambrian rocks uplifted more than millions of years on fault lines. Recent uplifting started 30 million years back, although the fault system with the uplift process might be way far. Soils got from these archaic rocks lack the fertility of the younger volcanic soils from mountains in the west and north.

Around 30 million years back, extensive rainforest covered the place. In a drier and cooler season some 10 million years back, the forests in the lowland were turned into savannah, making the Udzungwa Mountains become “islands” while the tropical forests went on to flourish. Prolonged endurance of a humid climate with the separation of every mountain range has bred significant endemism, with very diverse wildlife.

The Udzungwa with other mountains of the Eastern Arc has greatly high biodiversity including various endemic species (over 25 percent of species of vertebrates). Ten percent of these are preserved by the Udzungwa Scarp Nature Forest Reserve and Udzungwa Mountains National Park (UMNP).

Udzungwa Mountains are filled with montane rainforest, lowland rainforest, heathland, Miombo woodland, and grassland. Forests have an elevation going to 2579 from 300 meters, and differ in composition as well as kinds of species with rainfall and elevation. Eastern and southeastern slopes get additional precipitation from the Indian Ocean making them wetter to sustain evergreen forests on the lower slopes; northwestern and western slopes are drier to support woodlands and deciduous Miombo forests at lower altitudes with evergreen forests just at higher altitudes.

There has been clearance of vast forest areas on the central plateau for pasture and agriculture. Satellite images captured from 1999 to 2003 revealed 1353 kilometres squared of the Udzungwa Mountains still having an evergreen forest.

The grey-faced Sengi (Rhynchocyon udzungwensis), an elephant shrew species is native to Udzungwa Mountains. Also endemic is the Udzungwa forest partridge (Xenoperdix udzungwensis), including its closest relatives, which seem to be Asia’s hill partridges.

Despite both mountain groups being ecologically definite, the Eastern Arc Mountains share various species and plant populations with the Southern Highlands in the southwest beyond the Makambako Gap. All are Afromontane locations, habitats to distinctive montane species including ecologically noticeable from the nearby lowlands. Lake Malawi influences the climate of the Southern Highlands compared to the Indian Ocean. A few limited-range montane species, such as Kipengere seedeater (Crithagra melanochrous) and the Kipunji, inhabit the Kipengere Range and the Udzungwa Mountains.

In 2009, the Kihansi spray toad (Nectophrynoides asperginis) that was only found near the Kihansi River waterfall became extinct after an upstream dam affected its habitat. A successful captive breeding program reintroduced the toads.

Trekking and hiking is possible on a visit to the Udzungwa Mountains National Park. Park roads are not passable by vehicle, only access is by foot. Trekking routes differ including the Sonjo Waterfall hike, (an easy and short one-hour trek) and the Lumemo Trail (an extremely hard 6-day trek). Sanje Waterfalls trail is the most famous route, whose completion takes about 4 hours.

World Wide Fund for Nature collaborates with local societies to preserve the park as well as offer management and conservation assistance, research, ecotourism and monitoring projects. The assistance of the local societies is promoted by offering them access to supplies including firewood collection, gathering thatching grass and harvesting medicinal plants.

The country’s A104 highway crosses to the southwest from the northeast through the Udzungwa Mountains’ central plateau, expanding to Dodoma in the northeast and Makambako, Mbeya in the northeast, as well as the Zambian border. Highway A7 joins HighwayA104 at Iringa, before extending eastwards via the mountains to Dar es Salaam and Morogoro.