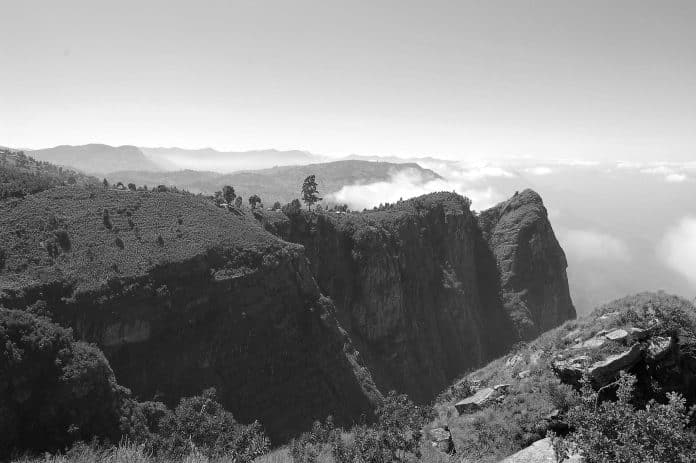 The Eastern Arc Mountains are a series of mountains located in Tanzania and Kenya. The chain stretches from north towards the east to the south towards the west, with the location of the Taita Hills found in Kenya while the other hills are in Tanzania. They are separated from the Kipengere Mountain on the south-west by the complex fault represented by the “Makambako Gap”. Mount Kilimanjaro separates them to the north-eastern due to more recent volcanism. The chain is designated as a Tentative UNESCO World Heritage site.

The Eastern Arc Mountains Conservation Endowment Fund ensures this range of mountains continued to be preserved and push for more efforts in the conservation of biodiversity in the forest within the mountains.

The Eastern Arc Mountains are made up of the following mountain ranges that create a roughly crescent-formed arc:

Eastern Arc Mountains are East Africa’s oldest mountain ranges, and while being physically separated, they have comparative ecology and geomorphology. They originated at least 100 million years back beside a fault towards the east of the Eastern African Rift Valley, a more current structure. All of this land was covered in dense rainforest about 30 million years ago. The lowland woods were transformed to savanna around 10 million years ago, when the temperature was more relaxed and drier, preserving the mountain ranges as “isles” where tropical forests thrived, supplied by moisture-laden breezes from the Indian Ocean. Because of the separation of each mountain range, the Eastern Arc Mountains has a high level of endemism and a diversified flora and fauna, earning it recognition as one of the world’s top twenty biodiversity hotspots.

The Eastern Arc Mountains is home to 75 endemic vertebrate species and thousands of endemic invertebrate species. These mountains are home to fifteen plant genera, including Saintpaulia, Streptocarpus sect, the African violet, which is now grown as a houseplant all over the world. Thousands of these endemics have recently emerged, but some are relics of previously more widespread populations. The highest ranks of biodiversity can be found in the East Usambara Mountains and the Uluguru Mountains. A lone mountain range contains a large number of indigenous species. Four of the endemic birds are identical to Asian species and may have developed at a period when the Arabian Peninsula had a coastal fringe of greenery to act as a passageway. Xenoperdix udzungwensis [the Udzungwa forest partridge] is a relict and sample of this, it is found solely on the Rubeho Mountains and the Udzungwa Mountains, and its nearest relatives seem to be the mountain partridges of Asia.

Things You Need to Know About Mount Rungwe