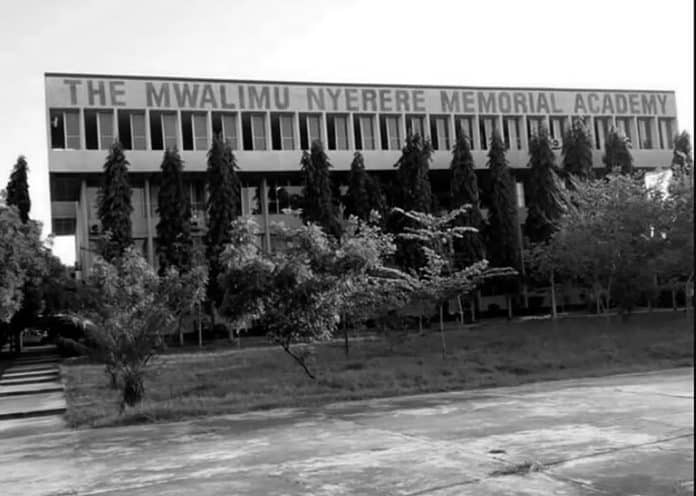 Dating back to independence in 1961, Mwalimu Nyerere Memorial Academy, alias MNMA, is an undergraduate university in Tanzania. The university is in Dar es Salaam. It inherited the properties and functions of the defunct Kivukoni Academy of Social Sciences.

By February 1958, TANU’s National Conference in Tabora decided to create a school for adults just as Ruskin College, Oxford. The institute would spread knowledge of political, economic, and social problems in third-world countries like Tanganyika to people who could lead the recently independent nation but lacked the necessary qualifications to get admitted into educational institutions.

The formal establishment of a privately owned adult institute known as Kivukoni College was on 29 July 1961 by the Companies Ordinance (Cap 212). During the inauguration of Kivukoni College, TANU President and Prime Minister, Mwalimu Julius Kambarage Nyerere, said the college’s name was significant.

It was not whether the location is a crossing area physically. Tanganyika itself was at a crossroads by that time; on 9 December, the country took on new and significant responsibilities.

There was a need for a powerful and capable team to take on the journey safely, and each student had to join the crew. But everyone had their own soul-searching to do; reaching a deeper understanding and fresh opportunities to serve.

About the adult institute, Nyerere revealed that Kivukoni College wasn’t intended to become a school for only the elites. It was intended to contribute to everyone’s development. Joining the college was getting a wonderful chance and opportunity. Subsequent responsibility was to come in equal measure.

Any student who contemplated distancing themselves from the masses would indirectly abuse the chance, but he didn’t think that was possible. Kivukoni graduates had to be like yeast in bread, great results because isolation is impossible, its presence coming from its accomplishments.

By the time of opening, the college had 43 students only. Subjects included History, Political Science, Literature, Geography, Law, Administration, Modern Languages, Sociology, and other appropriate subjects.

By 1971, the college became an ideological college. The institute seemed more appropriate to instil the party’s self-reliance and socialism ideology. The primary functions of the college included:

All zonal institutions apart from Zanzibar closed and were given to the government of Tanzania in 1992, during the fall of the single-party state with subsequent adoption of multi-party politics on 1 July 1992.

The college became an academic centre and was named Kivukoni Academy for Social Sciences (KASS).

The Articles and Memorandum of Association establishing KASS mandated the academy to perform the functions below:

This new name honored and recognized Nyerere’s contribution as the founder of Kivukoni College and the father of Tanzania. The prestigious local institution primarily emphasized education and training, including individual staff members’ research; many held PhDs from international and local universities.

The Mwalimu Nyerere Memorial Academy is a viable and legal entity fully registered and accredited at NTA Level 8 (at bachelor’s level) on 21 May 2002 and The National Council for Technical Education (NACTE) on 30 November 2005.

A seawall funded by UNEP and Adaptation Fund from the U.S. protected the main academy from coastal erosion. The Ecologist journal in 2019 questioned building coastal protection for the academy, yet more vulnerable areas face exposure to rising sea levels and storm surges.

Other Critical Things to Know About the Mwalimu Nyerere Memorial Academy

Click here for more articles related to Education in Tanzania!