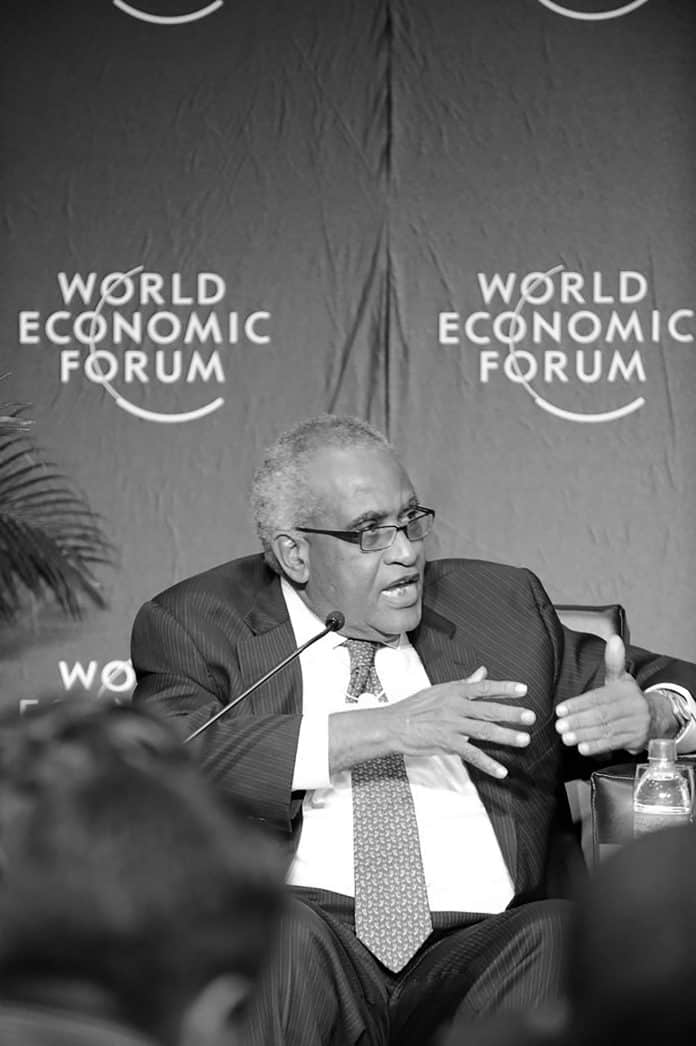 Born January 23rd, 1942, Salim Ahmed Salim is a diplomat and politician from Tanzania. He has been in the global diplomatic space since the 1960s.

Born in the old Zanzibar Sultanate to an Arab with Omani ancestry, Sheikh Ahmed Salim’s mom was a native-born Tanzanian. Salim’s maternal grandma is an Afro-Arab of mixed race, while his maternal grandfather was an ethnic Arab.

Salim Ahmed Salim attended Lumumba college, Zanzibar. He proceeded to St. Stephen’s College of Delhi University for his undergraduate studies and got his master’s degree in Global Affairs from Columbia University’s School of Public and International Affairs, New York. During the 1950s, Salim Ahmed Salim was a student lobbyist and was the founder and pioneering V.P. of the Zanzibar Student Association.

In 1981, Salim Ahmed Salim contested the position of U.N. Secretary-General against Kurt Waldheim, the current officeholder from Austria. At the time, Waldheim had served two terms already, and Salim was serving as UNGA president. Salim was supported by the NAM and OAU. He also had China’s backing to veto Kurt Waldheim. However, the Reagan government in the U.S. opposed Salim. They saw him as a person radically opposed to America who supported Palestinian statehood and was hostile towards South Africa. Salim was also opposed by USSR for his advocacy and positive disposition towards China.

Salim Ahmed Salim defeated Waldheim in the initial round, amassing eleven votes to Kurt Waldheim’s ten. As expected, the US vetoed Salim, and China vetoed Waldheim. Ahmed Salim’s support nose-dived after the initial voting round because some member countries felt that the U.S. was ruthlessly opposed to Salim’s candidature, and China had abandoned its opposition of Kurt Waldheim in the past (1976 and 1971). However, neither the United States nor China relented, as the election remained deadlocked for six weeks over 16 voting rounds. The deadlock eventually ended when Salim and Waldheim quit the race to open up the election to other aspirants.

Salim Ahmed Salim was tipped for the post again in 1996. Boutros Boutrous-Ghali, the current Secretary-General, was running for another term unopposed and was supported by all but one of the fifteen Security Council members. The U.S. opposed Boutros-Ghali but was willing to offer its support to any other candidate from Africa, including Salim. However, France declared that it planned to use its veto power against Salim. Therefore, he wasn’t nominated.

In Africa, Salim Ahmed Salim has been acting as Water Ambassador since 2002, after being invited by the head of the AfDB. As Water Ambassador, his responsibilities include sensitization, advocacy as well as mobilizing support for water issues on the continent. He is also:

At the global level, Salim Ahmed Salim currently serves on these commissions, boards, and panels:

Awards and Honours Given to Salim Ahmed Salim