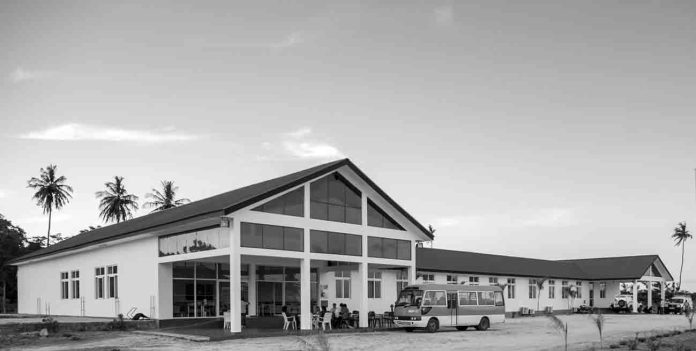 Dr. Rudolf Geigy’s 1949 visit to Ifakara from Switzerland was the start of more than fifty-year of history at the Ifakara Health Institute. Dr. Geigy was a zoologist that lived between 1920 and 1995. He worked as a scientist for the Swiss Tropical Institute located in Basel. He needed a fieldwork site to research tropical diseases. He established the Swiss Tropical Institute Field Laboratory there eight years later.

The name Ifakara Health Institute was coined from “Ifakara” which means “an area you visit to die,” a meaning that reflected the area’s history of high death rates before the inception of significant control efforts.

After Tanganyika’s independence in 1961, the Swiss Tropical Institute Field Laboratory (STIFL) which later become Ifakara Health Institute performed a pivotal role in the training of medical personnel who could help the newly independent nation. The government ordered STIFL to play this role via the Rural Aid Centre – the agency initially designed to carry out the assignment.

In the early 1970s and late 1960s, Tanzania took up the nationalization policy, which championed the transfer of public establishments to Tanzanians. This policy made it easy to integrate STIFL into an agency of the government and set the path for the emergence of Ifakara Health Institute. Years later, in 1990, it was integrated into the National Institute for Medical Research.

From the 1990s, Ifakara Health Institute had a massive flow of financial aid and esteemed awards for high-quality health research. In 2008, it was the recipient of the Prince of Asturias Award – a series of yearly awards awarded by the Prince of Asturias Foundation to organizations, entities, or individuals from around the globe for making distinguished achievements in humanities, public affairs, and sciences. The objective is to promote and encourage humanistic, cultural, and scientific values that form part of the universal heritage of mankind. Ifakara Health Institute was the recipient of the National Award for Science and Technology in 2010.

In 1993, Dr. Andrew Kitua become the first indigenous science director of Ifakara Health Institute. The directors that came after him (Dr. Salim Abdulla and Dr. Hassan Mshinda) built powerful teams that elevated the organization to an enviable level of excellence and extended the institute’s operations to other areas.

Ifakara Health Institute broadened its horizon in 2005 by setting up another branch in Bagamoyo, the colonial capital city of Tanzania.

In 2008 the institute formally become Ifakara Health Institute (IHI) and discarded the old name. In that same year, the Dar es Salaam office of the institute was opened. The office serves as the institute’s current headquarters.

In 2012, the Clinical Trials Facility and the Ifakara Health Institute Training Centre were erected at the Kingani area of Bagamoyo.

Dr. Honorati Masanja is the current CEO of Ifakara Health Institute and he assumed office in 2016.

MATC was transferred to the government of Tanzania.

The first indigenous Scientific Director of the institute, Dr. Andrew Kitua, was appointed.

The institute registered as an independent entity under the name “Ifakara Health Research and Development Centre.”

The Bagamoyo branch, the location of the institute’s central laboratories, was opened.

The Clinical Trials Facility and the Ifakara Health Institute Training Centre are built in the Kingani area of Bagamoyo.

Additionally, this Ifakara Health Institute branch serves as the base for many research support units like the Data Systems Unit, Institutional Review Board, Grants and Contracts Office, Information Communication Technology Unit, Knowledge Management and Communication, and the Partnerships and Public Engagement team.

The Bagamoyo branch of Ifakara Health Institute was established in 2005. It mainly focuses on clinical trials. The branch is located in the historic city of Bagamoyo and next to the district hospital. Its excellent location has brought significant positive impacts to the community by providing technical input and support for the Bagamoyo District Hospital and other health facilities around the area.

With the help of district health authorities, the branch has managed to refurbish the Bagamoyo District Hospital and the dispensary infrastructures nearby. The Bagamoyo branch of Ifakara Health Institute (IHI) is now firmly established as a world-class research centre. The branch hosts drug trials, malaria vector research, malaria vaccine research, numerous drug trials as well as research on antibiotic resistance and viruses.

Ifakara Health Institute owes its name to its initial location in the town of Ifakara, a fast-growing town of about 60,000 persons today. The branch remains the registered office of the Ifakara Health Institute. The name Ifakara means “an area you visit to die,” probably because of the area’s history of high death rates. Researchers at the Ifakara branch mainly conduct research on biomedical and, to a large scale, ecological and environmental studies. However, drug and vaccine trials, health systems research, and evaluation and monitoring are also done there. The HIV/Aids clinic located at St. Francis’ Hospital Ifakara is operated in partnership with the Swiss Tropical and Public Health Institute.

Environmental Health and Ecological Sciences is one of the research department of Ifakara Health Institute and it primarily focuses on ecology and infectious diseases transmission. The work also includes testing and development of control and surveillance measures.

Core areas of work include:

Another research department of Ifakara Health Institute is the Clinical Trials and Interventions and it carries out trials on drugs, diagnostics, and vaccines for HIV, malaria, tuberculosis, and other diseases, including arboviruses, zoonotic diseases, respiratory pathogens, and many emerging and re-emerging infections.

This is the third research department of Ifakara Health Institute and it carries out multi-disciplinary research on health systems performance and community health programmes. These include service delivery; cost-effectiveness and general effectiveness; quality; health financing; governance and accountability, equity, and human resources for health. It also evaluates and monitors community and national programmes, pilot initiatives, as well as changes in population health status. In addition, it evaluates the impact and outcome of both public and community-based interventions for improved health and well-being and behavioral changes and their relevant determinants.

Ifakara Health Institute offers superior services to the general public, staff, and policy-makers. These services range from archiving research data to valuable information that may impact the lives of its partners.

Projects at Ifakara Health Institute are guaranteed reliable storage of paper study materials and documents at the Bagamoyo archives. Opened officially in 2012, the archive located at the Kingani site has 22 shelves and 44 cabinets capable of safely storing over 30,000 box and flat files of field data.

Ifakara Health Institute operates many conference facilities in Bagamoyo, Ifakara, and Dar es Salaam. They are open to partners, projects, and staff. There are two rooms at the Dar es Salaam office that can accommodate between 20 to 50 persons, and another in Ifakara that can hold between 20 to 30 persons.

Collaborators, staff, guests, and project workers assigned to Ifakara Health Institute are assured of standard accommodation. There are fourteen well-furnished and serviced rooms. The facilities are situated in the Ifakara compound of Ifakara Health Institute, approximately 40km from Udzungwa National Park, which is a day’s drive from the Selous Game Reserve and a 4-hour drive from Mikumi National Park.

Servants at the rest houses at provided by Ifakara Health Institute offer peerless hospitality and unmatched convenience for visitors in Ifakara at affordable prices. Guests also have free access to a well-kept swimming pool, a restaurant that serves Tanzanian and foreign cuisines, and excellent silent rooms.

Ifakara Health Institute also have many self-contained and air-conditioned bedrooms with wifi access and televisions. The guest house offers 24/7 security for all visitors. Laundry and catering services are also offered at affordable rates.

For more articles related to Education in Tanzania, click here!