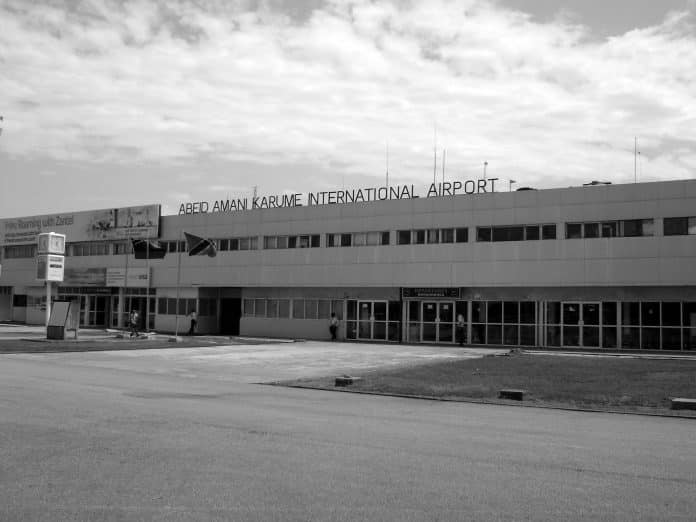 Overview of the Abeid Amani Karume International Airport in Zanzibar

Situated on Unguja Island, the Abeid Amani Karume International Airport is the principal airport in the Zanzibar Archipelago. It is nearly 5 kilometres south of the capital of Zanzibar, Zanzibar City. The airport has flights to various destinations in Europe, East Africa and the Middle East.

South approach and takeoffs are over the water. The Zanzibar non-directional beacon is located on the field, while the Zanzibar VOR-DME is situated 0.4 nautical miles off the south edge of the runway.

Terminal 1 is an unused terminal that was used during British protection of the archipelagoes. It is a small building located on the northern end of Terminal 2. It is presently used as the Abeid Amani Karume International airport office.

This terminal is available for all landing airplanes. A new shelter at the airport entrance has been erected.

A Chinese construction company, Beijing Construction Engineering Group, started work on the construction of a third terminal at the Abeid Amani Karume International airport in January 2011. A new 100,000-square-metre apron will replace the current 21,000-square-metre apron. It is projected that the project will cost close to $70.4 million. It is expected to have the capacity to serve 1.5 million travellers each year, once completed. The new terminal was projected to become operational in 2014. However, financial and technical issues led to delays in construction works. The new terminal was opened in 2020 and is expected to become operational by the end of December 2020. Once it begins operation, the terminal will handle international flights while Terminal 2 will handle local flights only.

Airlines and Destinations at the Abeid Amani Karume International Airport

You can explore more articles related to airports in Tanzania by clicking here!

A Quick Overview of the Arusha Airport