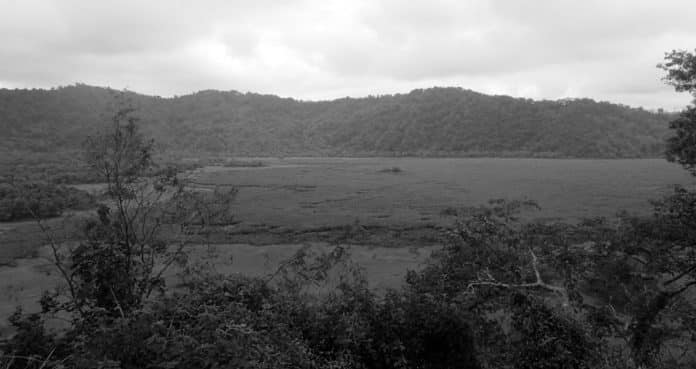 Tanzania now has a new tourist attraction to add to the mix,  the Ngurdoto Crater.

Located in the Arusha National Parks or ANAPA, Ngurdoto Crater is a unique tourist attraction in its own right. An extinct volcano‘s caldera, Ngurdoto, is accessible by a ring road that affords stunning views of the crater’s interior lushness.

As of right now, you can only reach the park’s iconic black and white colobus monkeys by driving through a misty forest.

Despite having no lions, leopards are the primary predators in this area and the occasional aliens.

Driving around the hills of the Ngurdoto Crater gives you a unique perspective on the dense forests, shady meadows, and numerous tracks left by animals.

The good news is that the Crater’s rim can now be walked halfway around.

As a result, Tanzania’s already thriving tourism industry has taken on a whole new dimension. For the first time, visitors to Arusha National Park can now enjoy a walking safari along the rim of the Ngurdoto Crater.

There are currently game viewing safaris and treks across the park, including Mount Meru, distinctly Tanzanian.

An excited ANAPA Chief Park Warden, Mr. Erastus Lufungulo, exclaims, “We are reaching completion of adding another level of value to the Ngurdoto Crater.”

He predicted that in July or August of this year, visitors on foot would be able to access the Ngurdoto Crater, which has been termed a “little Ngorongoro.” Tourists can only drive up to the midway point of the ream right now.

Mr. Lufunguro said that the Crater’s footpaths had been cleared and various guidance signs installed. ANAPA’s mystery and beauty would be further enhanced, he said, when the walking tours are officially begun, he added.

He also noted that the Ngurdoto Crater’s lack of steepness makes the Crater’s walking safari accessible to the elderly. From the lowest vantage point, Leitong, all the way up to the highest, Vikindu, there will be many things of interest to see.

One of Arusha National Park’s most popular attractions is the Ngurdoto Crater, a three-kilometer-wide and 400-meter-deep volcanic crater home to a wide variety of wildlife.

Officials at TANAPA believe that adding the Ngurdoto Crater as a tourist attraction would highlight the park’s wide range of habitat types. There are gorgeous alpine lakes and craters in this park, in addition to Mt. Meru, a roughly 15,000-foot extinct volcano.

As a result of the three distinct habitats in the park, the area is home to a wide variety of species. While in the Ngurdoto Crater, you’ll find green marshes surrounded by deep forest, and you’ll also find the magnificent Momela Lakes, each with a unique color. Finally, there’s Mount Meru with its snowy alpine tundra.

Ngurdoto Crater is one of the few places in the world where you can see the black and white colobus monkey and flocks of flamingos at Momella Lake, in addition to being an excellent birding site.

Descending into the Ngurdoto Crater is not permitted; this creates an additional nature sanctuary within the park and protects an enormous park area for animals.

The Arusha National Park was founded by Sir Julius Huxley. The Momella Lakes, the Mount Meru, and Ngurdoto Crater are all located in this 33,800-acre park.

A beautiful alpine forest is a home to various unusual plants and animals. Four hundred kinds of migratory and stationary birds, as well as black and white colobus monkeys, are among the park’s best-known attractions. Mount Meru, an extinct volcano rising to a height of 14,990 feet, commands the region‘s attention.

Tourists may also see a snow-covered Mount Kilimanjaro if the weather permits.