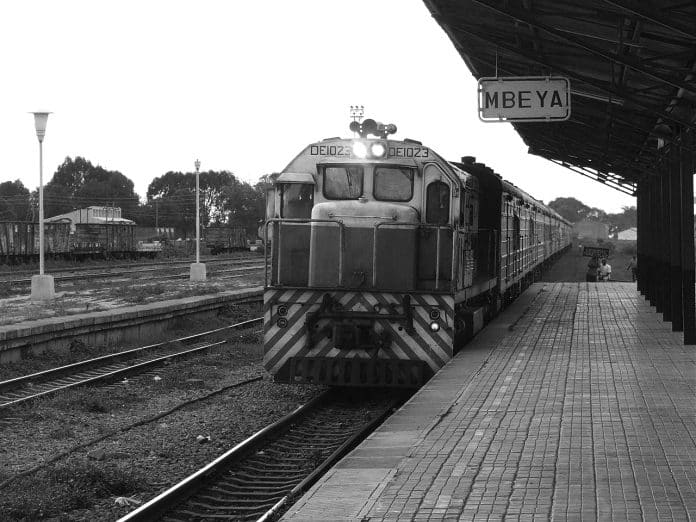 How much do you know about Tanzania railway? This article will give you the answer you need by looking at the beginning of railway in Tanzania to the present day in condensed fashion that is simple and fun to read. Let us start with the period prior independence when Tanzania was called Tanganyika.

When we decided to look at the history of the rail transport in Tanzania, we have to start with the first railway tracks in Tanganyika, known at the time as Germany East Africa, which were built immediately after the first railway line in Zanzibar.

In 1891 the Eisenbahngesellschaft für Deutsch-Ostafrika (German East African Railway Company) was established, with the aim of building a railway line from Tanga, Tanganyika to the Mainland. For this purpose, and later, the main route in the German colony, the selected gauge was 1,000 mm (3 feet by 3 3/8 inches) meter gauge. In addition, light railways were built in Tanganyika specifically for sisal plantations with narrow gauges, usually 600 mm gauges (1 foot by 11 5/8 inches)

Construction of the Usambara Railway from Tanga to the Mainland, began in 1893. However, the company that was building the railway went bankrupt after two years. By that time, 40 km (25 miles) of railways had been completed, reaching Korogwe. The colonial treasury took over the project in 1899. Four years later, in 1903, it issued instructions for further construction. Later, there were other attempts to run the railways in an economically and legally stable manner.

In 1904, small railways were upgraded. Meanwhile, in Germany the Sigi Railway Company (Sigi-Eisenbahngesellschaft) was established, with the aim of building a narrow railway from the Usambara Railway, namely Sigi-Bahn in a 750 mm gauge (2 by 5 1/2 inches). In the same year, 1904 the East African Railway Company (Ostafrikanische Eisenbahngesellschaft (OAEG)) was established to support the railway from Dar es Salaam to Lake Tanganyika, namely the Central Line Railway (Zentralbahn). Kigoma was reached on February 2, 1914, at the beginning of the First World War. Later in 1914, work began on Ruandabahn, a route from Tabora to the fort that became Rwanda. This project was hampered by the outbreak of World War I.

During the First World War, German forces and their allies became involved in the East African campaign, a series of guerrilla warfare and that began in Germany in East Africa. By 1915, allies decided to build a railway from Voi, Kenya, a station on the Uganda Railway to Maktau, as a complete and invasive route to the German colonial distribution, including a difficult route under the Usambara Railway to Tanga. Later, the route was extended to Kahe, the Usambara railway station near Moshi, Tanganyika. Since the Ugandan and Usambara railways were located within a meter gauge, so transportation from one of these routes to other routes was easily possible.

Until September 1916, the Usambara Railway and the Central Railway from the coast of Dar es Salaam to Ujiji were under the control of Partners.

Following an agreement in 1918, Britain annexed Tanganyika, which had been granted from British Civil Service by the United Nations. On April 1, 1919, a new colonial administration established the Tanganyika Railway and Ports Services as a railway operator in the area.

In 1928, the Tabora-Mwanza railway was completed with the help of a preliminary German military preparation for the Ruandabahn. In 1930, the Usambara Railway was expanded to Arusha. In 1948, a branch from the Central Railway was opened between Msagali and Hororo, and in 1949/1950 the Kaliua-Mpanda route was opened. Early in 1951 the Hororo road was closed.

From 1950, the Overseas Food Corporation established the Southern Province Railway 610 mm (2 feet) south of Tanganyika. It connected the Mikindani port with the mainland in the regions that were in the peanut production program in Tanganyika. Eventually, the network reached a length of more than 250 km (155 miles). In 1952, management was transferred to the East African Railway and Port Management.

The United Republic of Tanzania

In a series of steps between 1961 and 1964, Tanganyika gained independence and joined Zanzibar in the federation. At the same time, the history of rail transport in Tanzania shows that the existing railway network also expanded. In 1963, the Coast Railway was built to connect the Central and Usambara railways, and in 1965 a branch was opened south, from Kilosa, on the Central Railway to Kidatu. In 1963, a narrow gauge network in southern Tanganyika was shut down.

From 1964, discussions were held about the rail transport in Tanzania specifically on the proposed railway line between Tanzania and Zambia. Since Britain has shown no interest in the proposal, the People‘s Republic of China (JWC) has joined. The JWC government funded the construction of a special railway to relieve Zambia’s economic dependence on Rhodesia and South Africa. The contracts were closed in 1967, and a year later, the Tanzania-Zambia Railway (TAZARA) was established, as a merger railway owned by Tanzania and Zambia

TAZARA was built 3 feet by 6 inches (1,067 mm) something that was new to Tanzania, but is common in Southern Africa. The route was handed over to the company as it was partially completed in 1973 and 1974. In 1976, a branch was opened to Kitadu, where a meter gauge branch from the Central Railway ends.

In 1977, in view of the diversity of policies and the expansion of economic development rates for the partner countries, the East African Union collapsed, and all of its common structures were also broken. Tanzania Railways with the exception of TAZARA were reorganized into the Tanzania Railways Corporation (TRC Tanzania) in Dar es salaam.

Economically, the network collapsed all the time, due to increased roads, corruption and political neglect. Several railway links, such as between Arusha and Moshi were closed, and passenger services were abandoned, including the Usambara railway.

TAZARA has become a major economic route in the region. However, it has never been more profitable and has recently been affected by competition from road transport (such as the Trans-Caprivi Highway and Walvis Bay Corridor to Namibia) and the re-alignment of Zambia’s economic ties to South Africa after the end of apartheid. As of October 2008, a Tanzanian newspaper described TAZARA’s situation as “on the verge of collapse due to financial constraints”, with the operator three months late paying its employees and most of its 12 engines out of order. In early 2010, the Chinese government granted TAZARA a $ 39 million interest-free loan to revive its operations.

Meanwhile, in 2007 RITES Ltd. of India won a contract from the Tanzania Public Enterprises Reform Commission, to operate TRC passenger and freight services for a 25-year agreement. originally by TRC were operated as Tanzania Railway Company Ltd, with the government owning 49% of the shares. However, in 2010 the government terminated the contract and resumed operations.

History of TAZARA – Things You Need to Know

How Much Do You Know About Tanzania Railway?