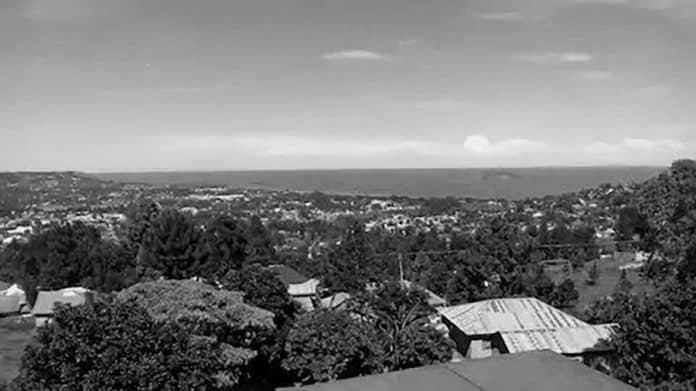 Things You Need to Know About Kagera Region

Kagera is among Tanzania’s administrative regions, which are 31 in number. The region is situated on the west coast of the vast Lake

Victoria in the northwest of Tanzania. The region borders countries like Uganda to its north, Rwanda and Burundi to its West and is separated from Kenya by Lake Victoria. Before June 1979, the area was commonly known as the West Lake region. Bukoba is the capital of the region. Per the national census done in 2012, the population of the region was 2,458,023, 305,306 lower than the pre-census projected region 2,763,329. Between the years 2002 and 2012, the mean yearly population growth rate of 3.2 per cent was reached and made the region the third most populous region nationwide. Also, it ranked ninth among the most populous provinces, having 97 inhabitants per square mile. The region was hit by an earthquake On September 10, 2016, which had a magnitude of 5.9 earthquake magnitude measurements. The largest earthquake ever registered in Tanzania. An attempt to control part of the region’s borders from the Ugandan nation in 1978 resulted in the Ugandan-Tanzanian War  (also known as the Kagera war) that ended with the Ugandan dictator Idi Amin being overthrown on April 11, 1979, event that led to be known as the Fall of Kampala.

Where the Region Is

Kagera is located in Tanzania, in the northwestern part of the country. The capital of the region is Bukoba, which is approximately 1,400 kilometres (about 870 miles) by road from the country’s capital Dar es Salaam. This region borders Uganda to its north, Rwanda and Burundi to its west, Kigoma region to its south, and Geita region to the east. The area is famous for its agricultural exploits, its beautiful and picturesque environment, as well as its attractive wildlife. The border between Rwanda and Tanzania is formed by the Kagera River. Kagera is located in the southern hemisphere, betwixt latitudes 1 ° 00 ‘and 2 ° 45’ in the south. Its longitudinal coordinates are 30 ° 25 ‘ and 32 ° 40’ to the east of Greenwich. Offering an area of ​​40,838 square kilometres (equivalent to 15,768 square meters), 11,885 square kilometres (equivalent to 4,589 square meters) are enveloped by water bodies like lakes Victoria, Ikimba, and rivers Ngono and Kagera. The total area of ​​the region is only 446 square kilometres (equivalent to 172 square meters) lesser than the whole of Switzerland. The area is the 15th largest region in Tanzania covering about 3.3 per cent of the total land surface of ​​Tanzania with 885,800 square kilometres (equivalent to 342,000 square meters). It has long fertile soil, but misuse in other parts of the area has caused land degradation and the need for fertilizer.

Administratively, the region is segmented into eight districts:

Kagera was previously identified as the West Lake region. The name was changed to Kagera soon after the Ugandan-Tanzanian War, whilst Uganda’s Idi Amin attempt to occupy the region’s borders in the year 1978. The area was named after the Kagera River, which courses through northern Tanzania from Rwanda before emptying into Lake Victoria and then emerges to form part of the Nile River, the longest river in the world. The Kagera river map will be a testimony to this fact.

For nearly five centuries, The Kagera region was a place with an assortment of nine kingdoms and very high-status communities. Before the colonization of European nations, coffee was traditionally grown in the area and was used as a beverage and as part of cultural traditions. In the colonial era, coffee was converted into a commercial crop. The staple food in the region was bananas. Even though there was a division of labour responsibilities based on gender in the traditional Bahaya societal structure, women who lived in that period were not considered weaker or subordinates to men. It is a fact woman always commanded a notable amount of respect in all cultural traditions. For example, following the demise of the head of the family (locally known as Nyin’enju), in the next ritual related to the inheritance “Chief Heir” (locally known as Omusika) a female colleague was chosen, usually, one of his sisters, to co-share the authority. Likewise, After the demise of a ruling king, at the time of the coronation of the king’s successor, a Kinyany’engima (sister of the nation) needed to be chosen from among the succeeding King’s sisters. Kings dwelled in palaces; they were honoured because they had a direct relationship with the gods revered by their kingdoms. The jurisdiction of the nine kingdoms(Biharamulo, Thangiro, Bugabo, Misenye, Bukara, Kihanja, Kiziba, Karagwe and Kyamtwaro.) almost ran into extinction when the Germans ruled Tanzania from 1885 and showed support for the Haya, the ethnic tribe of Bukoba and the district of Muleba over the other districts. The other local kings, however, retained their power. The collapse of these kingdoms came soon after Tanzania gained its independence whereby President Nyerere saw them as inimical to the national unity of the country. A chief known as Omukama (meaning king or chief) could be granted that authority at birth. Prominent chiefs of the Kagera region

included Kyamukuma, who is the last chief of Misenye (presently Missenyi district). Other chiefs included Rumanyika from Karagwe, Kahigi, Ruhinda, and other smaller chiefs under them. Kahigi is one of the chiefs that abandoned their empires to collaborate with the German colonists. Tourists visiting the Kagera region can access cultural tours from the regional headquarters in Bukoba. These visits include visiting national parks, nature reserves and so on. During the German colonial rule, Dr M. Zupitza, who at the time was a medical doctor, faced an outbreak of plague in Kiziba between 1897 and 1898. While working in collaboration with Dr Robert Koch, he ascertained that the causative agent of the outbreak was a bacterium similar to the one in Bombay. By the time the powers were transferred to the British who had replaced the Germans, Kagera was welcoming Lutheran missionary activities. Later, more Christian denominations, The Roman Catholic Church included, arrived. This is evidenced by the several churches found in the region.

For those looking to tour in the northern part of Tanzania Kagera safaris in one of its national parks will be an itinerary to consider.