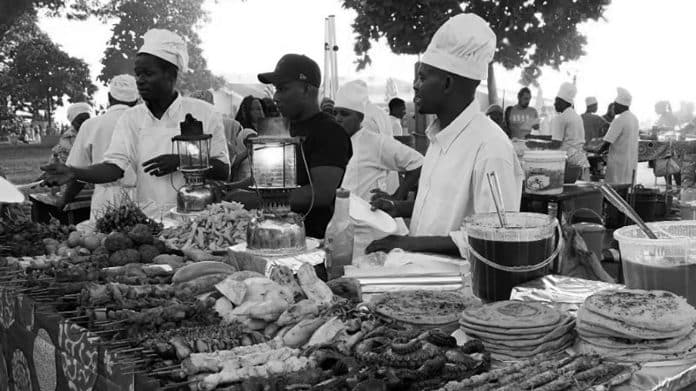 A Sneak Peek of the Zanzibar Food (Zanzibar Cuisine)

Zanzibar food reflects various heterogeneous influences resulting from the multi-ethnic and multi-cultural nature of the island and its Swahili heritage. The cuisine is a blend of multiple culinary traditions, such as Arab, Bantu, Portuguese, Chinese, British and Indian cuisine.

The British were the earliest inhabitants of Zanzibar from mainland Tanganyika. These were primarily fishers whose diet constituted seafood, including lobster, oysters, tuna, squid, mackerel, and octopus. More recipes and ingredients introduced by Bantus in Zanzibar food today (some became popular during European occupation) include sweet potatoes, common beans, yams, plantains, and manioc chips.

During the 9th century, Persians, Omanis, and Yemenis started occupying the Swahili Coast, the Zanzibar Archipelago inclusive. They introduced new ingredients and dishes, notably mango, spices, rice, coconut, mango, and citrus. Among the most popular Zanzibar food recipes is pilau (pilaf) rice (a mixture of nuts, spices, rice, and coconuts), a clear reflection of Arab origin.

From the 15th century to the 16th century, Portugal swiftly captured the biggest part of the coast, with Zanzibar inclusive. The most significant influence of the Portuguese on Zanzibar food was the introduction of what would become the leading staple foods in Zanzibar, including maize, pineapple, and manioc.

By 1651, the sultan of Oman grabbed control of Zanzibar from the Portuguese. The Omanis introduced new spices and increased the commercial dealings between India and Zanzibar; consequently, India’s recipes included masala, chutney, biryani, fish cakes, curry, and samoosa (samosa) came to Zanzibar. Many foreign recipes were modified for preparation with local ingredients, thus leading to a hugely fused “original” cuisine.

Towards the start of the 20th century, the most significant part of Africa’s Great Lakes area was under British and Germans colonization. These never mixed with the natives as the Indians, Arabs, and Persians, and they didn’t significantly influence Zanzibar food; yet, some popular Zanzibar food recipes, including pepper steak, are generically known to have originated from Europe.

Post-independence Tanzania created a strong bond with China; Chinese engineers, physicians, and military consultants did visit Zanzibar. Despite just a tiny proportion of the population of Zanzibar today having Chinese backgrounds, some ingredients and recipes, including soy sauce, are popular here.

Following are seven examples of the most delicate Zanzibar food dishes:

This spice cake is a popular dessert in Zanzibar food. It’s a pastry with a mixture of clove, cinnamon, chocolate, and nutmeg.

A Zanzibar food recipe with Portuguese-Indian (Goan) origin, it’s a mixture of cooked meat; to the locals, this includes liver, tongue, and heart. This meal is prepared with masala (blended spices like curry), vinegar, and tamarind.

This is bread with dates, hazelnuts, eggs, and vanilla is the most preferred traditional food when celebrating the end of Ramadhan.

It is a meat stew cooked in ginger, maize, cumin, chilli, onion, and tomato.

Among the most local kinds of seafood in Zanzibar, preparation is with pepper plus other spices.

This means “octopus and coconut” in Swahili, which is octopus boiled in coconut milk, curry, cinnamon, cardamom, garlic, and lime juice.