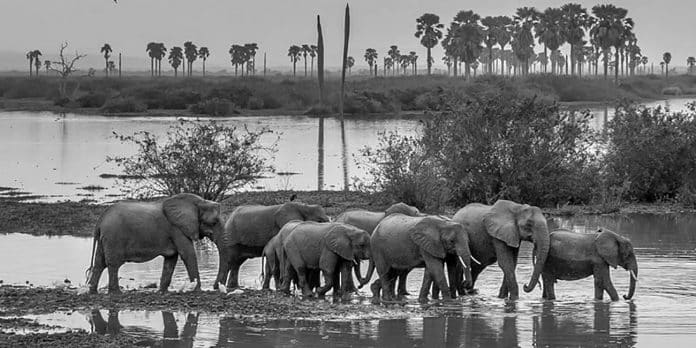 Tanzania is a great place to go on a safari if you want to view some of Africa’s most exciting animals. Since 38 percent of Tanzania’s geography is designated as protected wildlife areas, Tanzania’s private game reserves offer a wide selection of National Parks and Game Reserves to fulfill various travel interests.

At the time of writing, Tanzania had 32 active game reserves. To get the most out of your Tanzania safari vacation, you’ll want to research which parks and reserves are best for your particular interests. We’ve compiled a list of the best game reserves in Tanzania, which we believe every tourist should include on their itinerary.

Parks in the Northern Part of Tanzania

Is there anything special about Serengeti National Park?

Famous for the cradle of human civilization and arguably the closest thing you’ll ever see to a pristine African wilderness, with millions of relocating wildebeest traversing the Acacia plateaux. No matter how many animals move around, it feels like time stands still on a safari in Serengeti National Park. It is probably the best game reserve in Tanzania.

What is the best way to get to Serengeti Park?

Serengeti National Park’s ancient regulations and seasonal cycles have mostly remained intact, making it unique and challenging to reach the destination. One of the seven airstrips located within the park can be reached by flying into Arusha International Airport (AIR).

Alternatively, a 4×4 safari vehicle can go from Arusha to Serengeti National Park, stopping to visit other parks. You may do both things by booking a one-way Tanzanian Serengeti safari and returning to Arusha the same day.

Within Serengeti National Park, what lodging options are available?

Visits to Serengeti National Park are best made during what time?

When it comes to Serengeti National park, there’s no negotiation. Serengeti is among the best game reserves in Tanzania. Visiting Serengeti National Park on safari is most popular from the end of June through the end of October, during the dry season. To assuage their appetite, animals assemble around rivers and waterways. The Great Migration is in full swing, and the chances of seeing a historic river crossing are higher than ever.

Is there anything special about Ngorongoro that sets it apart from other conservation areas?

It is the world’s largest intact caldera at the Ngorongoro Conservation zone in northern Tanzania, once a massive volcano. Before the eruption, some say it was taller than Africa’s highest mountain, Mount Kilimanjaro.

The 600-meter-deep Ngorongoro Crater now serves as the focal point of this enormous highland environment that has long eroded and collapsed.

How to locate the Ngorongoro Conservation Area (NCA)?

Serengeti safaris are usually part of a larger package that includes the Ngorongoro Conservation. All safaris in northern Tanzania begin in Arusha, where the Ngorongoro conservation area is located, about three hours on a paved road.

What lodging options are available at the Ngorongoro conservation zone?

When it comes to wildlife, this is one of the most beautiful places on Earth. There are endangered black rhinoceros, flamingos in the soda lakes, and elephants with gigantic tusks inside its borders.

When is the best time to go to Ngorongoro Crater?

The best time of year to visit Ngorongoro Crater is the rainy times of April to May because there are fewer visitors, and the landscape is lush and green rather than dry and dusty during the dry season.

3. The National Park of Tarangire

Lakes are located north and west of the Great Rift Valley, while the Masai Steppe grasslands are southeast. Nearby, the well-known northern Tanzania safari circuit it’s easy to get to.

How do you get to Tarangire National Park?

Flight or car are the two main ways to get to Tarangire National Park. Kilimanjaro International Airport is the quickest route to Tarangire (KIA).

Once at Dar es Salaam, you can take a regional aircraft to Arusha from the Julius Nyerere International Airport (DAR) (ARK).

What lodging options are available to tourists of Tarangire National Park?

Late June through October, the middle and end of the dry season, is the best time of year to visit Tarangire National Park in Tanzania. There are fewer animals to observe in the park during the rainy season.

4. The National Park of Lake Manyara

Lake Manyara National Park is unique because of its location in Tanzania.

In addition to a soda-ash lake filled with hundreds of thousands of pink flamingos, Lake Manyara National Park is home to Tanzania’s largest elephant population and a stunning landscape!

What is the best way to get to Lake Manyara?

The park can be reached via the southern and northern entrances. The north exit is more popular because it is near most hotels. About 90 minutes and 126 kilometers separate Arusha from Lake Manyara National Park.

Lake Manyara National Park is best visited during what time of year?

It is possible to go on safari in Tanzania’s Lake Manyara National Park all year round; the dry season (June to October) is the best time to see wildlife.

5. The National Park at Arusha

What sets Arusha National Park apart from the rest?

The National Park at Arusha is one of the best game reserves in Tanzania for peace lovers, introverts, and photographers.

Getting to Arusha National Park, how do you get there?

Arusha National Park is around 45 minutes from Arusha city. Hotels and motels line the road to this tiny hamlet’s national park. Arusha offers the opportunity to make a pit stop at this little park as the starting point for all safaris in northern Tanzania. Routes to Arusha are numerous.

What lodging options are available to tourists of Arusha National Park?

What’s the best time of year to visit Arusha?

Arusha National Park’s dry season runs from the end of June to the beginning of September, making this the best time of year to see wildlife.

What distinguishes Nyere National Park from others like it?

The Selous Wildlife Reserve is Africa’s largest game reserve, covering 54,600 square kilometers of forested, grassy plains, mountainous, and open woodlands. Perfect for all bubbly and adventurous souls, the Nyerere national park is one of the best game reserves in Tanzania.

This reserve is three times the area of South Africa’s Kruger National Park and more than twice the size of Tanzania’s Serengeti National Park.

When and how do you locate the Nyere National Park?

Selous Game Reserve is accessible by road; however, a direct approach from Dar es Salaam takes 240 kilometers via the eastern route (149 miles). The journey takes 6 to 7 hours, or about a whole day, and is rigid and slow. This route takes you via Kibiti and Mloka before arriving at the park’s Mtemere gate.

Access to the Selous Reserve is made more accessible by the TAZARA railway station (Tanzania Zambia Railway). As it travels from Dar es Salaam to Matambwe, it passes through the Tanzanian bush. On this trip, you’ll get to take in the lush scenery. A four- to five-hour journey is expected.

The third method of getting to Selous Game Reserve is by charter jet.

Several aircraft landed at hotels or public airstrips from Zanzibar, Dar es Salaam, and Arusha. Most safari-goers fly into Tanzania’s Julius Nyerere International Airport (DAR) to get to Selous from Dar es Salaam. These scheduled flights serve the Selous and Ruaha national parks. The fastest and most expensive way to go to Selous wildlife reserve is by this route.

What lodging options are available in Nyere National Park, and how much does it cost?

The best time to visit Nyere National Park is spring and fall.

Tanzania’s high tourist season, which runs from June to October, is the ideal time to explore Selous Game Reserve. We’ll look at the seasonal weather patterns in the Selous and how they impact the game reserve when talking about the climate in Tanzania. The Selous, a classic dry park, offers exceptional opportunities for wildlife observation, which only get better as the dry season progresses. Animals can be spotted throughout the year, but the best time to watch them is from July through October.

7. The National Park at Ruaha

What is so special about Ruaha National Park?

Tanzania’s Ruaha National Park is one of the continent’s largest parks. The Ruaha habitat is also home to massive elephant herds, with 12,000 elephants estimated to pass through each year.

How can one reach Ruaha National Park?

Ruaha national park is one of the best game reserves in Tanzania to visit due to its flexible reachability. Travelling can be done by automobile, Ruaha is 625 kilometers away from Dar es Salaam and 130 kilometers away from Iringa. Dar can be reached in approximately nine hours, depending on traffic and road conditions.

Where can one lodge in Ruaha National Park?

Ruaha National Park is at its most beautiful in the spring and summer.

Mid-May through December is prime viewing months at Ruaha National Park, a traditional dry-season park. A unique opportunity for wildlife observation arises as the dry season draws to a close and animals begin to cluster around water sources.

Many birds migrate from the northern hemisphere to this area during the wet season from January to April, making it one of the best game reserves in Tanzania to watch different bird species.