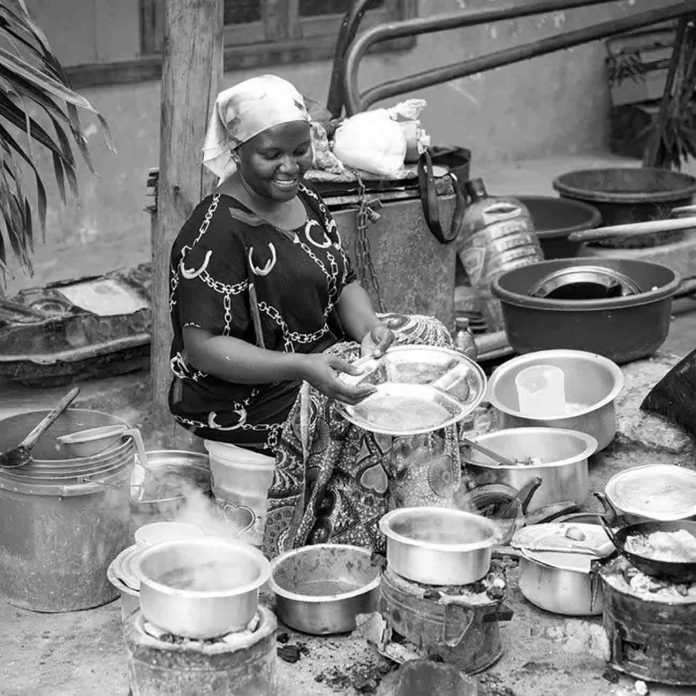 What’s in a Name?

Tanzania’s name is derived from its origins. Until the two independent republics unified in April 1964, Tanzania was a clipped compound term derived from Tanganyika [the name given to the mainland] and Zanzibar [the name of the islands]. They make up the Unified Republic of Tanzania, together with the islands of Mafia and Pemba. The wildebeest migrations, the Maasai warriors, Serengeti National Reserve, and other images we frequently identify with Africa are more explicitly from Tanzania. Tanzania is a geographically diversified country located in Eastern Africa, along the coastline of the Indian Ocean. It is home to Africa’s tallest peak [Mount Kilimanjaro] and its deepest lake [Lake Tanganyika]. It is also home to Lake Victoria, Africa’s largest fresh-water lake [and the world’s second-largest lake]. Many factors, including numerous inland water sources, the low population density of inhabited areas on the mainland, fertile volcanic soils, Tanzania food customs, and so on, have led to a high level of richness of diversity on Tanzania’s mainland. About one-quarter of the landmass is dedicated to reserves, parks, and conservation activities, including the Kilimanjaro National Park, Serengeti National Park, Ngorongoro Conservation Zone, and the Selous Game Reserve.

Tanzanians are as different as the country’s environment, flora, fauna, and climate. Over 125 native African groups and immigrants from Pakistan, India, Arab countries, and, to a lesser degree, parts of Europe [German, English, and Greek] are known to live in the country. This diversity has occurred without the ethnic warfare that so frequently appears to be the cost a nation pays for a diverse heritage. Some speculate that the peaceful coexistence is attributable to the idea that no one ethnic group has a political or cultural dominance over the others. Others allude to the “Ujamaa” [familyhood] policy as the source of togetherness. Ujamaa promotes community well-being and interdependence as a philosophical idea and social practice.

Others argue that their common language, “Swahili,” is the source of their unity. While each racial group has its language, Swahili is spoken by practically all Tanzanians. It is the country’s official language and the method of education in schools. Also, the Tanzania food customs are another source of unity since mostly everyone practices them. Tanzania is a young country to its African neighbors; two-thirds of the citizens are under the age of twenty-five, and nearly a third of the citizens live in the cities. The most widely practiced religious belief doctrines on the mainland are Christianity [61.4 percent] and Islam [35.2 percent]. On the other hand, the population of Zanzibar is almost exclusively Muslim.

The traditional practice of the extended household with a man as the head of the house, but nuclear homes are becoming less common due to increased mobility and urbanization. Even in a nuclear family, though, the man remains the head. After the birth of a baby, women gain prestige. Also, women are known to handle the cooking of meals according to the Tanzania food customs. Some ethnic communities refer to women by the given name of their firstborn child, such as “mama X.” While ethnic groups have different marriage practices, planned marriages are the most common. Some indigenous groups practice the tradition of dowry or bridal fees.

Although child-rearing is primarily a female-led activity among the Ujamaa, it is a highly extensive family activity. The family’s financial situation determines the capacity of the kids to attend school. When dealing with financial difficulties, male children are usually preferred above female children to complete their education. Male literacy was 83.2 percent in 2015, while female literacy was 73.1 percent.

It seems contradictory that a country with the world’s deepest lake and the world’s largest fresh-water lake could be experiencing a sanitation and water problem. It does, however, suffer for a variety of reasons, both basic and complex. The fundamental truths are location. Drylands and semi-dry regions, located far away from the major lakes, are home to the rural poor. The unique topography of Tanzania works against the underprivileged. Accessing these water sources necessitates long walks by the girls and women of the families, putting them at risk of abuse. Then there’s the contamination problem [industrial waste and agricultural runoff] and mismanagement putting these water supplies in jeopardy. The inadequate infrastructure to handle and store water worsens these issues. While estimates vary, it is estimated that over half of Tanzania’s population [27 million] lacks access to a safe supply of water and that 66 percent [35 million] lack access to better sanitary facilities. Water-borne infections are a serious public health concern, and the region is considered “high risk” for contracting a water-based, water-borne, vector-borne, or water-exposure illness. Thus, the Tanzania food customs will be hard to practice efficiently as clean water is needed in preparing delicacies.

The Food of Tanzania

Tanzania food customs reflect the country’s colonial influences and the many migrants who have settled there and returned home. The spices transported from India [south Asia] to Zanzibar [the “Spice Island ”], as well as the coconuts that line the coast, play a vital role in the cuisine. Pilau, a spicy rice dish, and grilled meats have Middle Eastern origins. Chai [ sweet, spiced milk tea], samosas [fried savory turnovers], and Chappati [flat bread] are all traditional Indian cuisines that have been adapted to Tanzanian tastes. Chai is an extremely sweet beverage, sometimes spiced with cloves and cinnamon. It is sipped throughout the day.

An example of Tanzania food customs is their breakfast, a simple meal consisting of bread with butter, chapatti or Uji [a sweetened porridge], and coffee or chai. On rare occasions, “chips mayai,” a type of omelette with sautéed potatoes, may be served.

According to the Tanzania food customs, their national food is ugali. It is the carbohydrate of choice all across the nation, made from maize flour, sorghum flour or semolina, and water. Typically, “ugali” is served for lunch and dinner, complemented by meat or fish stew, cooked vegetables or beans. Meat and s Sauces are frequently served with this dough-like mash. Ugali is a flavorless Tanzania food that absorbs the flavor of whatever meal it is dipped in. It is consumed with the hands and utilized as a utensil by molding it into balls [just like a chip].

Fresh fruit is generally served as a dessert.

Based on Tanzania food customs and in the coastal region, Fish and rice [Wali] in a coconut sauce [samaki] are staples. Other popular meals include:

A. “Ndizi na nyama”, a beef and plantain stew served with rice;

B. “Wali na maharage”, a bean sauce consisting of beans sautéed in coconut milk with ginger, onions, and tomatoes.

F. “Mandazi,” fried dough in the shape of a triangle, similar to doughnuts.

The Tanzanian Way of Life

Tanzanians are known for their calm demeanor and well-balanced attitude towards life. Passionate demonstrations of emotions, whether wrath or affection, are regarded as impolite and indicative of a lack of self-control. Tanzanians respect and appreciate their elderly, as do most cultures cherish multigenerational households. Despite certain traditions’ shifts toward change, elders are still regarded as more educated, and criticizing their views is frowned upon.

Gender roles are well established and conform to traditional expectations: According to the Tanzania food customs, women and girl children are responsible for the home, the fireplace, and child-raising. Outside of the home, work is limited to caring for small animals and weeding or planting. The men of the family are in command of making financial decisions relating to the family’s management. Outside the house, the males tend to the cattle and fields and jobs that require the use of machinery. Gender stereotypes are being challenged as a result of increased access to education.

The preferred method of address for guests is “Jambo,” meaning [“Hello” in Swahili] accompanied by a handshake. In greetings, just the right hand should be extended. Because the left hand is being used for washing, it is seen as “unclean” and should not be used for greeting or eating based on Tanzania food customs. The culture’s general ethic is the idea of taking one’s time, which extends to visiting, greetings, and dining. As a result, handshakes can be lengthy, and pleasantries should be extended to everyone in the room, not just the house owner. While gentle touch on the shoulder, arms, and other forms of communication between people of the same sex are usual, extended eye connection is not.

Families dine together on the floor, seated on mats. Females and males eat separately in several ethnic groupings. Before dining, hands are always cleansed, and only the right hand is used to eat. Smelling one’s meal and catching a breath of its aroma before digging in, which is considered praise in some communities, is highly disrespectful in Tanzania food customs. Smelling one’s dish is interpreted as a test to check if it is edible, which, as one might expect, is an insult to the host. Plying their visitors with food is seen as a show of kindness, and eating everything on one’s plate [however tall it may be heaped] suggests that someone is still starving and an invitation for additional servings. Visitors are instructed to leave a small amount of food on their bowls to indicate that they are full and well pleased.

The Swahili slang name for persons of European descent or White, travelers or visitors, is “Mzungu,” literally meaning “one who wanders in circles,” reflecting the Swahili good sense of humor.