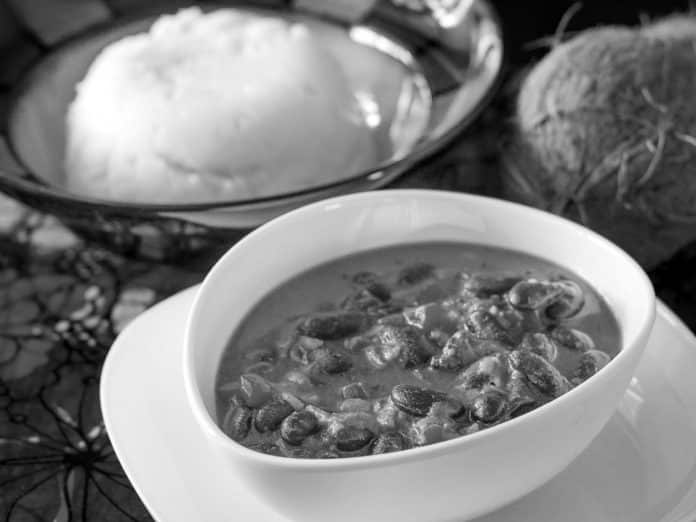 What is the Traditional Tanzania Food?

Tanzania food is rich in diversity. The materials utilized and the preparation methods differ widely from district to district. Spicy Tanzania cuisines are popular, and ingredients such as cinnamon, ginger, coconut milk, and cloves can be found in various dishes. Tanzania is home to at least seventeen different plantain species.

Ugali and rice are food staples, whereas spinach, beans, cassava leaves, and okra are popular veggies. They’re often fried into chips and\or as a component in various soups and stews.

Tanzania food has been heavily impacted by Indian cuisine due to the Indian diaspora. Samosas and Chapati are popular, and several Indian-owned eateries can be found in Tanzania, mainly in Dar es Salaam.

Although I am not a qualified chef, my time living in the countryside with my grandmom and granddad has given me first-hand knowledge of how traditional Tanzania food is cooked. I’ll outline some of Tanzania’s most popular dishes and give some tips on preparing them. Maybe one day you’ll be able to make them from the comfort and privacy of your home.

The most consumed Tanzania food is Ugali, and it is known as the national meal, which the average Tanzanian consumes at least four times each week. It’s a budget-friendly dish that may be seen on the menus of any neighborhood eatery. It’s eaten virtually every day of the week in schools, especially in public schools, with dagaa, vegetables, beans, soup, and various types of fish.

Ugali is one of the Tanzania foods that gives high energy. It is consumed by many individuals who work in labor-intensive industries such as agriculture, fishing, construction, and manufacturing. Office employees also consume it. Ugali is considered men’s cuisine by some Tanzanian tribes, such as the Sukuma, and is frequently consumed for breakfast.

This Tanzania food combines flour with boiling water to form a stiff consistency. Maize is the most common grain made with, followed by cassava, millet, and sorghum. However, combining two or more flours, such as maize and sorghum or maize and millet, is typical to improve the flavor and nutritional content.

Rice is a staple Tanzania food, and wali wa nazi is among the most excellent variations. It’s a fragrant rice meal seasoned with salt and cooked in coconut water and milk. In some ways, it’s like the Eastern African variation of the Malaysian dish ”nasi lemak”.

Wali wa nazi is offered to complement different stews and curries and is also popular in the dishes of neighboring nations such as Uganda and Kenya.

One of the popular Tanzania foods is rice and bean meal usually served for dinner. It is frequently cooked during the holidays and for social functions such as weddings, festivals, and religious and funerals.

Wali maharage is traditionally cooked by first cooking the beans and then pouring them onto the rice to prepare together. It’s seasoned with oil and salt.

In modern variations of wali maharage, the rice and beans are cooked separately. Oil, green peppers, onions, tomatoes, carrots, and various spices are roasted with the beans. When the rice is ready, it is served on a platter beside the beans, served independently in a bowl. A spoon is used to consume Wali Maharage.

Sukuma wiki is a Tanzania food that is frequently served with ugali. It pertains to a popular Eastern African Sukuma-based dish. Sukuma in Swahili means colewort, also known as collard greens, a leafy vegetable related to kale.

The word ”sukuma wiki” literally means “push the week” or “extend the week” because of its affordability and accessibility. It’s an inexpensive food eaten all year, just like ugali. Other components used in making sukuma wiki include onions, tomatoes, spices such as coriander, cumin, saffron powder, and colewort.

Irio is a Tanzania food, but it is also one of the Kenyan cuisines that originated with the Kikuyu people. Made with corn, mashed potatoes, peas, and greens such as spinach or watercress, it’s a healthful and comforting dish.

Irio, which means “food” in Kikuyu, is often served as a complimentary dish and is widely famous in Kenyan and Ugandan cuisines.

Mchuzi wa Biringani is among the easiest and quickest Tanzania foods to prepare if you don’t have much time. It’s mostly eggplant chopped into small bits and cooked in oil.

Garlic, tomatoes, carrots, onions, and ginger are among the other components used in making Mchuzi wa biringani. Chefs may use potatoes as a thickener on occasion. Dairy or coconut milk is added to improve the flavor and thicken the broth even more.

In Swahili, Ndizi literally means “banana.” It pertains to plantains, a traditional Tanzania food eaten mainly by the Chagga people in its northern region. It’s also prominent among the Lake Zone tribes of Wahaya, Wasukuma, and Wakurya.

Its appeal in those places mentioned above stems from its availability. Those regions are Tanzania’s best Plantain-growing regions. Ndizi is also available in other country areas, but at a higher cost due to transportation expenses.

Ndizi is a flexible Tanzania food ingredient that can be utilized to create various dishes. Supu ya ndizi is a Tanzanian sauce made with smashed unripe plantains and chicken products; it is 1 of the most mouth-watering meals.

A platter of ndizi kaanga, or Tanzanian crisped plantains, is shown below.

This traditional Tanzania food known as Zanzibar pizza has grown in popularity in recent years due to visitors who have visited this little cluster of archipelagos known as the Clove Islands or Spice islands.

Zanzibar pizza is simple to make. Salt, wheat flour, cooking oil, garlic, chicken or ground beef, onions, and pili pili manga [Tanzanian hot-black pepper] are used. The spicy beef mixture is cooked before being used as a topping or filler for other items such as carrots, cheese, green peppers, mayonnaise, and other veggies. Despite popular belief, Zanzibar pizza is more similar to murtabak than a pizza.

Zanzibar pizza, despite its name, is more similar to murtabak than a pizza. Cooks crisp the bundle on a Tava with butter after wrapping up the sides. It’s frequently served with a garden-fresh and spicy mango-chili soup when it’s done.

Tanzania food ”Mchuzi wa samaki” is a famous stew. It is commonly cooked with “kambale fish” in the north of Tanzania. It can be made using a variety of fish, depending on the location. Tilapia and Nile perch are popularly desired in Lake Zone locations, whereas “migebuka fish” is popular in the central district.

This is a Tanzania food frequently eaten with either rice or ugali, with some vegetables and fruits, for dinner or lunch. The chicken is sliced into large chunks and then fried in oil with tomatoes and onions to make Kuku wa mchuzi. Carrots, crushed groundnuts, lemon juice, coconut, ginger, green peppers, and Royco mchuzi mix are among the other ingredients.

As previously said, Indian food has had a tremendous impact on Tanzania food. One example is Kuku Paka, an Afro-Indian-Arabic mix meal consisting of chicken marinated in a rich coconut-based sauce. Kuku means “chicken,” and paka means “to smear, apply or spread.”

The key to a good Kuku Paka also called Kuku na nazi, is to grill the chicken before soaking it in the sauce. This gives it that delightful Smokey flavour that works well with the coconut-made curry.

In Kuku Paka, chicken is the preferred protein, but it can also be eaten with shrimp or fish. Potatoes and Eggs are sometimes included in the recipe.

Mchemsho is a Swahili word that means “boiled” and refers to a group of boiling dishes created with various items such as pork, chicken, plantains, fish, and potatoes.

Spices used vary per cook, and the dish is frequently accompanied by various other items such as onions, cabbage, tomatoes, green pepper, and green beans. Mchemsho is a traditional Tanzania food that can be eaten at any hour of the day.

Mishikaki is a popular Tanzania food made with seasoned beef. The meat is skewered and roasted over charcoal and is seasoned with lemon, ginger, and spicy peppers.

Mishikaki is frequently consumed as a snack, typically with grilled potatoes in a combination known as “chips mshikaki.” It goes well with smoked or grilled plantains and fried cassava.

Tanzanian local street sellers will cook and sell the delicious Tanzania food by the roadside in the evening. You can observe Tanzanians consuming mshikaki at grocery stores, music clubs, and bars, mostly with beer or other alcoholic beverages. It’s an enormously popular dish that appeals to people of all ages.

Nyama Choma, Swahili for “barbecued meat,” is a Tanzania food made with gently seasoned grilled meat. It’s usually made with goat, although it can also be made with beef or chicken.

Nyama Choma is commonly served with beer and complementary dishes such as salad and ugali at roadside kiosks and sit-down restaurants. It’s also a popular meal in Kenya, where it’s regarded as a national dish.

Mandazi is a trendy Tanzania food, and It can be had at any hour of the day, Although many Tanzanians choose to have it first thing in the morning combined with porridge or tea for breakfast.

This Tanzania food is produced with a dough that includes wheat flour, bicarbonate soda, sugar, eggs, and fresh milk. After resting for a few minutes, the dough is cut into various forms such as triangles, rectangles, or spheres. The dough pieces are then fried in hot oil until they become entirely crispy and golden brown.

Mandazi is commonly served with beans and tea at night in Tanzania’s coastal regions, such as Tanga, Dar es Salaam, and Pwani. Also, Mandazi is frequently served with soft beverages or tea during Muslim wedding ceremonies.

If you’re traveling to Tanzania and would like to understand more about the traditional dishes, consider taking a food tour. Nobody understands Tanzania food like a local, so what is a perfect way to sample the best of the country’s cuisine than on a well-guided tour?

An experienced guide will not only take you to the most fabulous restaurants, marketplaces, and street food vendors in the city, but they will also be capable of explaining the meals to you in greater depth. For a complete list of Tanzania food tours in Zanzibar and other parts of the nation, visit our Tanzania food section for more related articles.

Tanzania’s food is diversified and varies widely by region. Tanzania is a place of residence for a little more than 125 tribal groups, each with its unique way of preparing certain meals.

For example, when you take a trip to the Maasai located in the Arusha district, you’ll discover that leshoro is their favorite cuisine. It’s identical to ngararimo, which is popular among their Kilimanjaro neighbors. However, in every section of Tanzania, the number of ingredients used to attain the desired taste varies.

Tanzania food has grown in popularity over the past two decades due to the modernization and expansion of cooking methods. Tanzanian cooks attempt to push the boundaries by combining diverse food kinds and spices to produce more internationally satisfying dishes such as Zanzibar pizza.