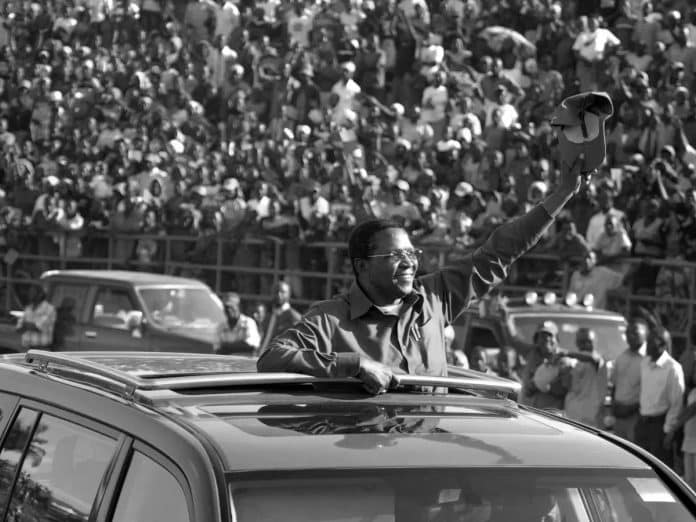 Politics of Tanzania occurs in a system of a unitary presidential democratic republic, wherein the Tanzanian president heads both the government and the state, as well as a multi-party system. The government exercises executive power. Legislative power is bestowed on both the parliament and the government. The Chama Cha Mapinduzi (Revolutionary State Party) dominates the party political system of Tanzania. The Judiciary of Tanzania operates independently of the legislature and executive. In 2019, Tanzania was rated a hybrid regime by the Economic Intelligence Unit.

Political History of Tanzania and Independence

Tanzania obtained its full independence in December 1961 with the election of Julius Kambarage Nyerere (1922 to 1999), a socialist who liberated Tanganyika from colonial rule. Julius Nyerere was viewed as a politician of intelligence and principle and was one of the most respected leaders in Africa. Widely referred to as Mwalimu (teacher), Nyerere proposed a widely praised vision for education.

Tanzania was a one-party nation from the time it got its independence up to the mid-1980s and adopted the socialist model of economic development. Starting from the mid-1980s, politics of Tanzania went through multiple reforms which went parallel with economic changes under the reign of President Ali Hassan Mwinyi. In February and January 1992, the Tanzanian government adopted multiparty democracy. Constitutional and legal amendments saw eleven political parties registered. The pioneer multi-party elections in the history of the country were two parliamentary by-elections held in 1994, both of which were won by Chama Cha Mapinduzi (CCM).

The country conducted its second multi-party general elections in October 2000. Benjamin Mkapa, the candidate of the ruling party (CCM), won the election after garnering 71% of the votes, effectively beating the other three contestants. CCM went on to win 202 of the 203 elected parliamentary seats. Abeid Amani Karume, son of Previous President Abeid Karume, beat Seif Sharif Hamad, the CUF candidate in the presidential election of Zanzibar. The election was curtailed by malpractices, resulting in political violence which claimed more than twenty-three lives in January 2001, especially on Pemba Island, where bullets and teargas were used by the police to scatter demonstrators. Hundreds of people sustained injuries, with state forces alleged to have attacked refugee boats escaping to Kenya. In addition, sixteen CUF members who boycotted the legislature in protest of the outcome of the Zanzibar elections were expelled from the Union Parliament.

In October 2001, the CUF and the CCM signed a peace agreement that advocated for electoral reforms and established an inquiry commission to look into the deaths that happened on Pemba Islands in January 2001.  This agreement resulted in the presidential appointment of another CUF official as a member of the Union Parliament. Amendments of the Constitution of Zanzibar in April 2002 enabled both CUF and CCM to nominate members to the Electoral Commission of Zanzibar. The Electoral Commission of Zanzibar carried out by-elections in May 2003 to fill the unoccupied parliamentary seats, including the seats made vacant by the expulsion of the CUF boycott members. These elections were considered to be fair, peaceful and free by observers, having been the first main test of the reconciliation agreement. President Mkapa, Prime Minister Frederick Sumaye, vice president Ali Mohamed Shein and the members of the national assembly were to hold their offices until the following general elections in 2005. The president of Zanzibar Karume and the Zanzibar House of representative members were also to finish their terms in 2005. These chain of events have shaped the politics of Tanzania into a different form.

The country was ranked as partially free as of 2010 by Freedom House. Tanzania was marked as a ‘hybrid regime’ by the Democracy index of 2011, raking it at position 90 of 167. This was an improvement from 2010 when it was ranked 97th. However, it preceded a fall on several metrics as illustrated in the subsequent studies of the Freedom House. Several of the parameters evaluated by Freedom House had undergone a minute but significant decline by 2018, with recent reports suggesting an increased deterioration of civil society rights and impairment of the opposition’s ability to scrutinize president Magufuli’s regime. As of 2018, Tanzania was still considered to be partly free. Overall these changes were also reflected in the political economy of Tanzania too.

As per Human Rights Watch, The country has undergone a significant decline in free expression, assembly and association since President John Magufuli was elected in 2015. The overall environment of politics of Tanzania became more volatile.

Vice president Samia Suluhu Hassan was sworn in as the new president on March 19 2021 following the sudden demise of President John Magufuli. She is the country’s first female president.

The politics of Tanzania dictates that the President of Tanzania must be elected by popular vote for a term of five years. The elected president then appoints a prime minister whose role is to act as the leader of the government in the National Assembly. The cabinet is selected by the president from the members of the National Assembly. The president is also empowered by the constitution to nominate ten non-elected parliament members, who are eligible for appointment as cabinet members.

The Tanzanian unicameral National Assembly (Parliament – Bunge) has 393 members- 264 of which are elected by public vote, 113 seats are reserved for women chosen by the respective parties in the proportion of their electoral votes share, 10 are president-nominated, 5 are chosen by the Zanzibar House of Representatives, and the Attorney General serves as an ex officio member- with all members holding their offices for five years. The Assembly makes laws that apply to Mainland Tanzania only as well as laws that apply to the whole of the United Republic of Tanzania. Zanzibar House of Representatives enacts laws that apply only to Zanzibar ( It has 70 seats, which are elected by universal suffrage and serve terms of five years.

The members of Tanzania’s National Assembly are concurrently elected by popular vote for terms of five years. The single-chamber National Assembly that was elected in 2000 consisted of 295 members which were inclusive of the Attorney General, 5 members chosen from the Zanzibar House of Representatives, 48 seats reserved for women which were comprised of 20% of the respective party’s seats in the House, 181 seats of parliament members from the mainland, fifty seats from Zanzibar and 10 presidential nominees. The reigning CCM party holds approximately 86 per cent of the seats in the parliament elected in 2005, and in the previous parliament elected in 2000, it held 93 per cent of the seats. CCM has been a major force in the politics of Tanzania for a very long time.

The country has a 5-level judiciary, consisting of the jurisdiction of Islamic, tribal and British common law.

In mainland Tanzania, appeal starts from Primary courts via the Resident Magistrate and District Courts to the High court and ends in the federal court of appeal. The court system in Zanzibar parallels the system used in Mainland Tanzania, with all cases handled in Zanzibari courts, with an exception being the cases involving issues pertaining to the constitution and Islamic law, which can be appealed to the union’s Court of Appeals.

The Court of Appeal and High Court Judges are appointees of the president. The Chief Justice appoints Judges of the more junior courts.

In September 1999, a commercial court was established as a division of the High Court.

Administrative Divisions in Relation to the Politics of Tanzania

Tanzania is divided into 30 administrative regions, of which 5 are in Zanzibar and 25 in the mainland.  99 districts have been established to increase the local authorities further. The districts are currently called local government authorities. There are currently 114 councils that operate in the 99 districts, 22 of them are urban while 92 are rural. The 22 are further classified as city ( Mwanza and Dar es Salaam), Municipal ( Bukoba, Arusha, Dodoma, Iringa, Lindi, Kigoma-Ujiji, Mbeya, Moshi, Musoma, Morogoro, Singida, Mtwara–Mikindani, Tabora, Tanga and Shinyanga) and town councils.